Birds of a feather: Friends Keiva Di Diva and Richie Stephens have stuck together 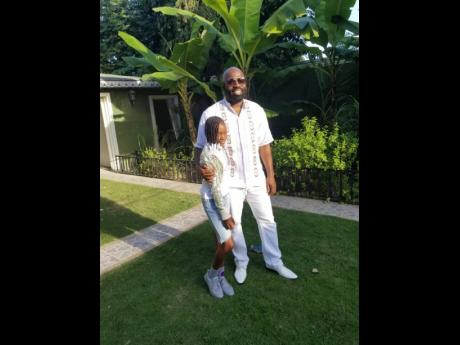 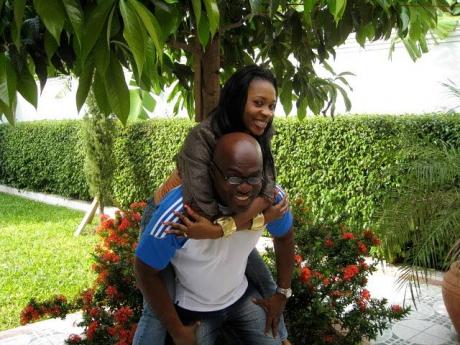 Contributed
Keiva Di Diva and Richie Stephens have been friends for some 25 years. 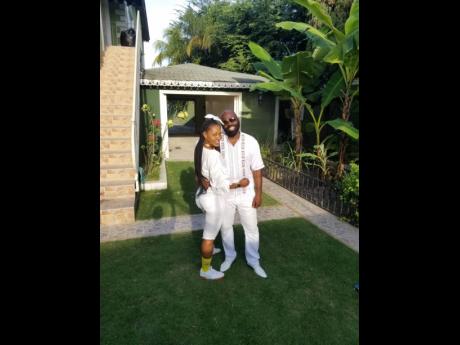 Contributed
Keiva Di Diva (left), says at any time, she can rely on honest, positive and valuable advice from Richie Stephens. 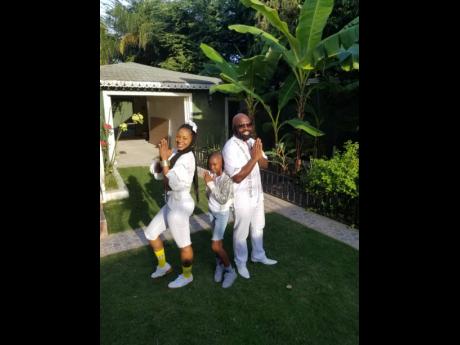 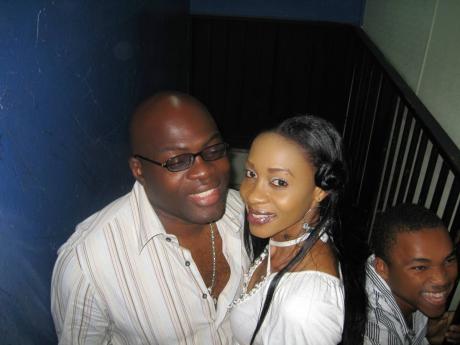 Dancing icon Keiva Di Diva and reggae crooner Richie Stephens have supported each other in their careers and bonded over shared experiences for the past 25 years. It is a friendship that Keiva Di Diva, born Keiva Hibbert, describes as “motivating”, knowing that at any given time, she can rely on honest, positive and valuable advice from the singer.

“From the very first conversation with Richie, he has been pushing me in the right direction. He has been a friend, a brother and a father figure in my life who I am comfortable speaking to about anything,” Keiva Di Diva said during a recent telephone interview with The Gleaner.

The two met at the beginning of Keiva Di Diva’s dance journey, she said. After almost not getting admitted into Portmore’s popular Cactus Nightclub, which became a hotspot for dancers islandwide, she ended up putting her all into a performance which eventually aired on Winford Williams’ ‘Vibes’ TV show.

“I don’t remember how long after, but one day, I heard the house phone ringing and picked it up, only to hear a deep voice asking to speak to Keiva because he was impressed after seeing me on TV. I asked who was on the phone, and he then said, ‘It’s Richie Stephens’,” she shared. “Of course, I asked which Richie Stephens, to which he said, ‘How many do you know?’ I quickly told him to hold on so I could get Keiva (even though it was me who answered the phone), because I was literally in shock. When I returned to the phone, I changed up my voice a little and told him, ‘Good Morning’.”

Little did she know that telephone call would lead to several opportunities to not only share her talent with Stephens, but meet other stars within the reggae and dancehall industry. At the age of 17, Keiva Di Diva was just a tenderfoot, but Stephens requested that she be part of the music video for Bicycle, a song done by then child star and his son, Coppa Cat, who is now deceased.

Keiva Di Diva said, “Naturally, I had to get my parents’ permission, as I was still living under their roof. I did, we met for the video shoot, and it turned out well. It was awesome, actually.”

The next time she would work with the Colour of Love singer-songwriter was for his stage show, Unity Splash, a staple event held annually in Savanna-la-Mar throughout the 2000s. The dancer praises Stephens for having an unmatched level of professionalism and is forever grateful to him for being the first recording artiste to put $10,000 in her hands.

Reminiscing on the occasion, she said, “Richie has taken good care of me and everybody around him. It was my first major show; it was huge, [so] a bus was provided for everybody who was performing, which me and other dancers, as well as artistes, met in Half-Way Tree. He even had booked rooms for us and everything.”

She remembered the experience mostly for the “good introduction” Stephens gave her and walking out on stage to screaming patrons.

Keiva Di Diva explained, “I had butterflies, but it ended up feeling so good. The next morning, he would meet us in the lobby, call each person by name and hand us a brown envelope. I wasn’t even focused on getting paid, because money or not, I just loved being able to dance. The way it never mattered, [it] is when I reach home, I opened the envelope and start count to myself ‘one, two, three …wait deh, four, five’ and start jump up and throw the money in the air.”

The dancer bought a component set with that money and still not without a little help from Stephens again, when the salesman told her it would cost a few thousand dollars more, she said.

“I had gone to Jewellery Collection to make the purchase, but it turned out that I never had enough money, but I got brave, called Richie to tell him I needed a ‘mek up’, and he did not let me down. We’ve been close ever since,” she said. “I know his mother, sisters, wife and we are all like family. Even when we both got busy, sometimes losing track of each other ... when I became a mother and had other responsibilities that kept me out of the parties, we were always a phone call away. And now with Destiny (her daughter), the love has been passed on to her.”

Keiva Di Diva has been part of the star-studded cast for many of Stephens’ music videos. One of the most recent is To God Be The Glory, featuring Randy Rich and released last year, where Destiny also shows off her dancing skills.

“He taught me to fend for my own. As I say, he is the first to put $10,000 in my hand, but with it came lessons. Always be on time – he is a man of punctuality – when he says 10 o’clock, it means you must reach 9:59. If you can’t make it to a commitment, don’t say yes, and then you don’t reach,” she shared. “Richie is the friend that reminds me, ‘Keiva, you have a daughter.’ It means there is no need to waste energy on some things. You are bigger than that and have more important things to focus on, and always set example. He doesn’t celebrate if I do wrong, especially in the social media space. That’s the type of person I want around my child. He is always there for me, and I will always be there for him.”

Joining the interview via conference call, Stephens shared when he saw the dancer on the TV, “she was this skinny, little young lady with big talent”.

“I am and always has been attracted to good talent. I called up Winford immediately after seeing her performance and expressed to him that I would love to get in contact with her and involve dancing in what I was doing at the time,” he told The Gleaner.

The interaction between the two entertainers was filled with laughter, organic and, most importantly, unrehearsed. Like birds of a feather, Keiva Di Diva and Stephens have humbly watched each other spread their wings as ambassadors for Jamaica’s music and dance culture.

He almost brought his friend to tears when he said, “I want to say how proud I am of you, and love you and your daughter genuinely 150 per cent,” to her, adding that, “Bonded by our children, my last son and her daughter going to the same school, I can’t help but love this girl all over again.”

Keiva Di Diva’s voice could be heard breaking when she interjected, “I see you want me to cry today, but I am going to hold it,” to which Stephens responded, “Yuh too bawly, bawly man.”

Both from similar backgrounds, the singer said he recognised the dancer’s ambition, and it inspired him to keep in touch over the years.

“I always danced for fun, but I felt good knowing Keiva was blessed with talent, and though from an inner-city community like myself, her standards were set very high, and it was not for the same reasons or things other people wanted. She has grown into a completely … not different person, as I always saw those qualities in her, but she has reached a stage of motherhood and growth that makes me salute her all the time,” he said.

“Sometimes I’d see Keiva in the school’s parking lot, and I say hello, and she can hardly answer back – she is very involved in the school’s programme – I call her the supermom. And my son is very much into physical fitness as her daughter, though he’s a couple years older, they have us doing similar things, which I just love,” he continued.