J’can finds her voice in France 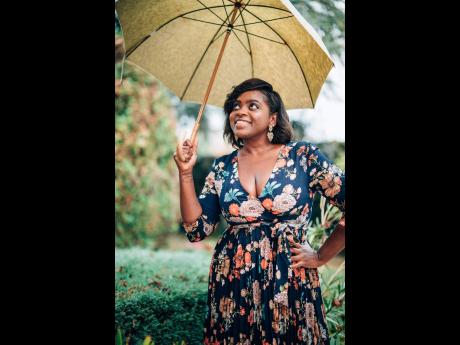 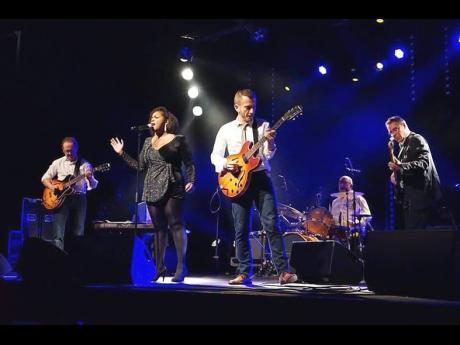 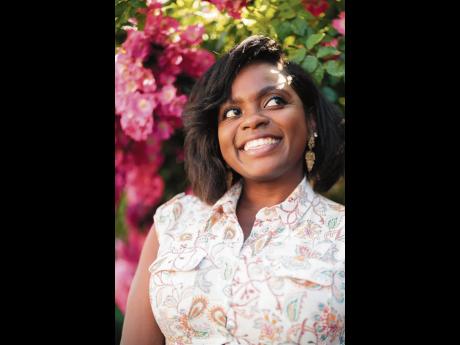 Contributed
Mais has a powerful, rich and melodious blues voice to match her vibrant disposition.
1
2
3

“If love is the rain, please send me a shower.” These words were soulfully rendered by Nazila Indira Mais, lead singer of the France-based Three Generation Blues Band. Mais’ music now is different from that of what the Jamaican girl sung growing up...

“If love is the rain, please send me a shower.” These words were soulfully rendered by Nazila Indira Mais, lead singer of the France-based Three Generation Blues Band. Mais’ music now is different from that of what the Jamaican girl sung growing up in the church.

Born in Portland, Mais recalled singing as early as two years old. Her Christian upbringing led to her performing at church alongside her brother. The pair was the dynamic duo to watch. However, as her sibling’s vocal range changed with age, the two drifted from being stage partners since he was soon all bass. Outside of the religious world, there was no exploration of melody for Mais. In her mind, she couldn’t fathom entertaining that idea in such a saturated field locally. Her story, however, changed when she migrated to France.

“I moved to France when I was 26 years old. I didn’t speak the language well, and because of this, I didn’t know many people,” she confessed. But over time, she formed friendships with individuals who discovered her hidden talent as she performed household chores. One friend, in particular, invited her to sing at her birthday party. And that event changed her life for the better.

Approached by a musician in the audience who lauded her amazing voice, she was invited to see him in concert and connect with organisations dedicated to making music a lucrative option.

Mais, who appreciated the opportunity, somehow arrived late, missing the musician’s performance. She did, however, catch the following act: a ska and rocksteady band singing Jamaican music. Naturally, this piqued her interest, and before she knew it, she was singing with the band.

That introduction remains a critical part of the plot twist. Not only did it align her with the right people, but she also got to tap into her other innate passion – songwriting – and get paid for it. It was a pivotal moment as well because that same musician from the birthday party and concert broadened her musical scope by introducing her to another talent, a blues band. In the interview with The Gleaner, Mais candidly shared that she knew nothing about blues music. And the little that she did hear centred around traditions and superstitions that it was the devil’s music.

She was happy to discover that it was the opposite. “Blues was actually born from the church. A lot of Blues singers came from the religious body. And many of the instruments usually derive from those used in the house of the Lord. Blues is church music, just with different words,” she explained.

That blues musician needed a backup singer to open for him and sing background vocals and asked her if she was interested in the guest role. This was certainly a big deal for Mais, who hadn’t been on a major stage up to that point. She saw the festival as good exposure to the genre and met a host of people in the blues business. The aspiring singer officially became a fan of the blues. The only missing link was finding a blues band for herself.

She was also still a member of the reggae, ska and rocksteady band she saw at the concert. She would remain a part of that unit until 2017, when she auditioned for and was successfully inducted into the Three Generations Blues Band. Thrilled to be finally singing the blues, she brought colour to the group as the only black woman, only female and youngest member. But this didn’t phase her; she admired and respected their expertise, which was reciprocated.

The ‘feel good’ music has brought nothing but joy to her life. She released the single Time and Space with the band, a cover of God Gave Me You in that same year, and has collaborated with Jason Baptiste for the tracks I’ve Lost A lot of Blood and If Love Is the Rain, all in 2020. Her rich tone transcends to the smoothest of melodies, leaving you captivating by the beauty of her artistry.

As the music provided a gateway for freedom, the professional went on to apply blues therapy to her everyday life as well. With the unearthing of this very liberating genre, she was capable of facing childhood traumas, walking away from an abusive marriage and shedding some pounds. With all that weight now lifted off her shoulders, Mais is ready to conquer the world, one concert at a time.

And while she laments over her breakout year being cut short due to the lockdown protocol implemented to ease the spread of COVID-19. There is some as the world slowly reopens. Until then, she engages in outreach initiatives in France as well as in Jamaica. Additionally, she finds solace in the writing and singing of blues therapy indoors.