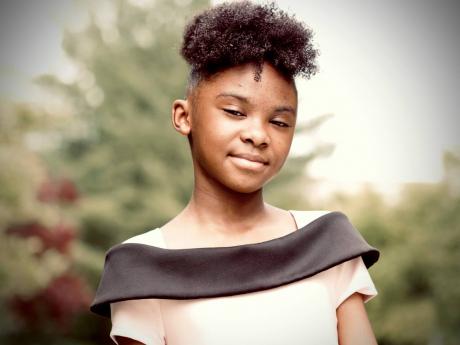 Contributed
Speaking of her musical inspiration, Janessa said she is encouraged by powerhouse stars like Ella Fitzgerald, Aretha Franklin and Mahalia Jackson. 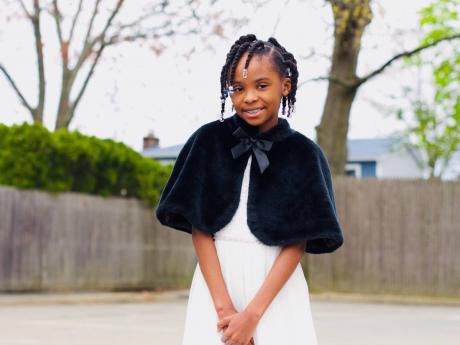 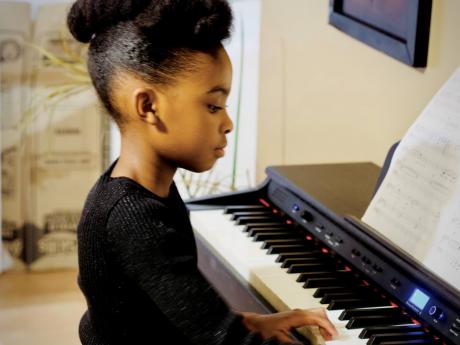 Contributed
The sixth-grader is being taught to play the piano and other instruments. 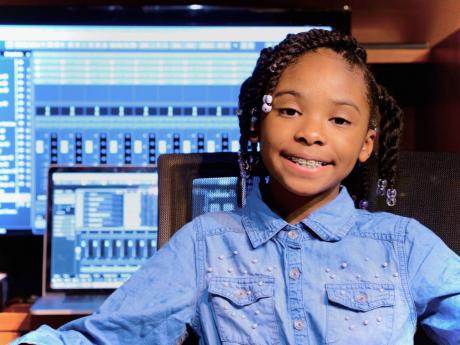 Contributed
Janessa said that she is thankful to have her Christian parents guiding her musical career. 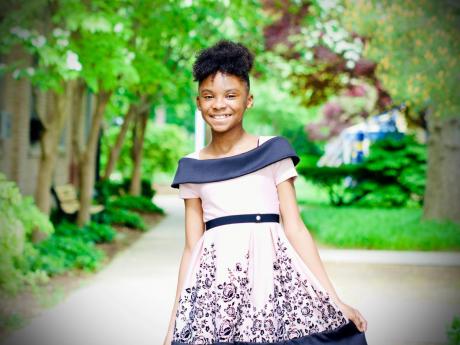 Jamaica-born, New York-based Kevin Smith and wife, Ann Marie, are beaming with pride and giving God thanks, following the ground-breaking achievement of their daughter, Janessa. The 11-year-old landed on the Christian Billboard chart with her gospel single, He’s Able, and the song stayed on the chart for 20 weeks. Janessa has also been nominated for several awards, including the prestigious Stellar Awards in the Youth Project of the Year category.

“My first song was written in a car drive with my dad at four years old,” Janessa told The Sunday Gleaner.

“It eventually became my first single, titled One Day. I recorded it at six years old and released it when I was eight. I didn’t really write it down on paper. I just wrote it in my heart, and my dad helped me put it together,” she said.

Commenting on his daughter’s success, Kevin Smith could hardly find the right adjective to describe his feelings.

“If there was a word that could sum up my feelings, it would have to be ‘Wow’, but it’s all God’s doing for sure. When she started out on this journey, it was not in our intentions for her to be on the Billboard charts or to even be nominated for a Stellar Award, the VOGMA (Voices of Gospel Music Awards) or the Antigua Barbuda Gospel Music Awards. It was just God’s plan for us to be in this position right now,” he said gushing.

Smith, who has been involved with music production for more than 25 years with his own music label Inspired Recording, produced One Day at his home studio.

“Janessa is gifted musically, and she doesn’t even know it”, he proudly stated.

“It comes so natural to her that she doesn’t even know that her timing, her choices of notes and syncopations is somewhat built inside of her as part of her DNA. I was the same way as a child, and one day it just clicked for me, so I’m training her on the piano and other instruments. My dad did it with me. Trust me; it will click for her as well because she loves music, and it’s in her bloodline and eventually will be a big part of her life,” he said happily.

Commenting on her stellar achievements, the young gospel prodigy told The Sunday Gleaner that she is still processing what it means to be one of the youngest Christian Billboard charting artiste ever.

“I did not know what it meant to be on the Gospel Billboard charts until my dad told me about it. He said it is a big deal. I try to keep it a secret, but with the press and media, it seems that I can’t hide it any more,” she laughed.

Opening up about her musical inspiration, Janessa spoke candidly about powerhouse stars like Ella Fitzgerald, Aretha Franklin, Mahalia Jackson and an old vinyl record player bought for her by her parents.

“I did a school project in the fourth grade on Ella Fitzgerald, and I learned a lot. She wasn’t a gospel artiste, but I just love her style. Although there is YouTube, which all the kids of today love, my parents bought me an old vinyl record player, and I heard people like Mahalia Jackson and Aretha Franklin singing gospel music. So, I guess it started from there,” Janessa shared.

She also has a list of gospel acts she would like to work with. “I would love to work with Sinach for sure. I don’t know if you know her, but she is out of Nigeria. I love her song Way Maker. I like Tasha Cobbs as well. She is awesome!” she said.

Janessa said that she is thankful to have her Christian parents guiding her musical career.

“It’s good that I not only have my dad with me, but my mom as well. She helps me with my style, and of course, she puts me together, so it’s fun. My father plays a big role in my music creations. He always tells me I can do anything, musically, if I put my mind to it,” she pointed out, adding that he assisted her in learning to play the piano and other instruments. “Thank you, Dad, for believing in me. You are the greatest,” she said, with a laugh.

A sixth-grader, Janessa juggles a busy schedule that includes media interviews, rehearsals and numerous live and virtual performances that are picking up now that the pandemic is subsiding. On July 31, she will headline a summer concert telethon being planned by the Ardenne Alumni Association Atlanta chapter, to raise funds for the lunch and scholarship programmes to assist students who are financially challenged at her dad’s alma mater.

“I am hoping in the future I will be able to help all kinds of people and be able to touch everyone in all walks of life with my music. Is that too big of a dream? I’m not sure, but I’m trying my best to get there,” a mature-sounding Janessa said.

Asked if she has ever been to Jamaica, Janessa beamed with pride. “I was there right before the pandemic broke for my grandpa’s funeral, which was sad. I got to meet a lot of family. I love Jamaica. I was there when I was three years old. I spent some time with my mom’s family in Portland, and I did recall going to the beach and eating a lot of fruits that are hard to come by here in the USA. I love the food there. It (Jamaica) is my home. Although I was born in New York, my roots are from the beautiful island of Jamaica,” Janessa said.