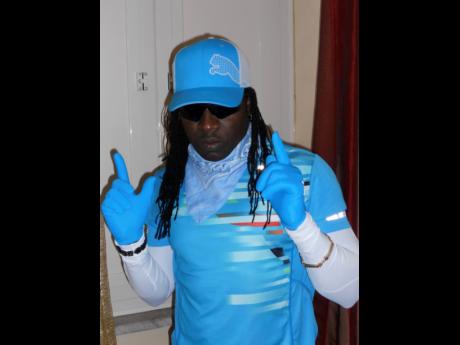 Mad Cobra, the hardcore dancehall artiste who gave the world hits such as Press Trigger, Diss Dem Anyweh and Di Baddest, has today re-emerged to shake things up on the music scene with an inspirational new single.

The track, titled Ghetto Youth was released early last month and chronicles the struggles inner-city youth face on their path to self-fulfillment. Disclosing that he was once a part of that underprivileged demographic, Mad Cobra paints a realistic picture of how easy it is for inner-city youth to be led astray. Highlighting his own growth not just as a person who rose from the slums but as an artiste, Mad Cobra says his decision to voice a motivational track was to show ‘ghetto youths’ that they have the power to decide their own fate.

“The song was inspired by everyday struggles that the poorer class faces everyday in an unfair society. It reflects life for so many of our ghetto youths. Most youths fall victim to negative influences based on their surroundings or situation. Circumstances make most youths what they are,” he said. “I came from a poor background and so I have first-hand experiences of what it is like growing up in certain places. But, it really is up to you how your life turns out. It is your will, your desire to want more for yourself and to make the right choices that will determine where you end up.”

“This song is one that touches the core because it is saying to the youths never give up, believe in oneself, be careful of who you trust, hold your self value because we are living in an unbalanced society that we need to balance. It’s all about your energy,” he continued.

Mad Cobra told The Gleaner that the Ghetto Youth track is only the first on his path to showcasing his musical maturity. He reveals that he is working on an album and says the project will see him embracing his original hardcore dancehall style but in a way that explores the issues affecting today’s youth.

The Flex singer says he believes he possesses the uncanny ability to make adjustments to his craft based on the direction the music is taking. He told The Gleaner that he has been paying keen attention to the local music space and said he has re-wired himself to fit right in.

“I am aware of my surroundings. I observe and pay attention to every change that took place in our music, our genre and every other genre. I listen alot and pay close attention and so that whenever I am ready, it dont take much to be out there again,” he said, pointing out that he is ready to reignite Mad Cobra’s musical flame.

“ Ghetto Youths was co-written by myself and Colleg Boiz. I got the song, fine-tuned and did my changes but it was a team effort and the way people are reacting to it makes me feel great. Based on my style, which is my hardcore gangster style, I never knew how people would take to it but the feedback has been more than I anticipated. Most people see me and say ‘bwoy mi love da one deh’ and so mi ago give people more songs like these. So expect more music from Mad Cobra, more partnerships with College Boiz, just a lot more work.”