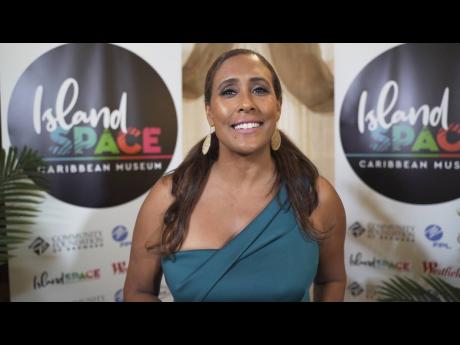 Contributed
Former television anchor and media professional Neki Mohan from Trinidad and Tobago is expected to bring her vibrant personality to Island SPACE Caribbean Museum, where she will act as one of the hosts for the gala fundraiser. 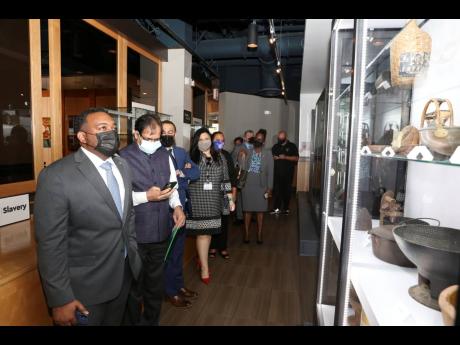 Contributed
The museum has attracted several dignitaries, including Stéphane Gilles, Haitian consul general, who visited earlier this year in March with other members of the consular corps and special guests.
1
2

The Island SPACE Caribbean Museum in Plantation, Florida, has invited a few of Jamaica’s musical icons to be part of its global launch and inaugural gala fundraiser later this month. The event dubbed ‘Magic At The Museum’, which is slated for Sunday, June 27, will feature Caribbean personalities who will tell the story of the region through music, dance, dramatisations, and poetry readings.

According to Lloyd Stanbury, an expert in the global music and cultural industries and vice-president of the board of directors of Island Society for the Promotion of Artistic and Cultural Education (Island SPACE), the museum curators reached out to a wide scope of Caribbean artistes, who have received international recognition but “unfortunately, not everyone responded favourably to providing support by contributing to the presentation of our event”.

Despite that, the museum secured acts that would create a diverse and captivating line-up. Stanbury was pleased to share with The Gleaner that the magical experience would include a moving and powerful rendition of Bob Marley’s Redemption Song by the likes of the lauded Queen of Reggae Marcia Griffiths, Wayne Armond, who is the lead vocalist of veteran reggae band Chalice, drummer Willie Stewart, formerly of Third World, and Grammy Award-winning singer Mykal Rose, among other artistes.

As the museum aims for the programme to be more than a showcase of talent by bringing the current exhibitions to life, guests will be able to explore the museum themes of Caribbean home life, foods and culinary traditions, festivals and carnivals, Afro-Atlantic religions and practices, literary and visual arts, and sports, with ‘The Story of Caribbean Governments’ partly presented by former Prime Minister of Jamaica P.J. Patterson.

“It’s a high-quality production that tells our story, our way,” Stanbury said, noting that the event was inspired by “the impact of Caribbean people on the world, which is somewhat unbelievable”.

He continued, “For our geographic and population size, relative to the rest of the world, our accomplishments are magical. In essence, we create magic.”

It is aptly named ‘Magic At The Museum’, he said of the gala fundraiser, which will be presented on www.islandspacefl.org and via streaming partners Reggaeville and VP Records. Meanwhile, an exclusive group of dignitaries, sponsors, and VIPs will walk a pre-event red carpet and watch everything unfold live and direct at the museum.

Rounding out the evening, the legendary reggae band Inner Circle, VP Records executive Pat Chin, Vincentian soca artiste Kevin Lyttle, and Gordon Henderson from Dominica’s Exile One will be featured in a mini-documentary on the influential and infectious music of the Caribbean.

Island SPACE Caribbean Museum archives currently include exhibits showcasing Caribbean music, festivals, carnivals, political and sports leaders, culinary artefacts and indigenous peoples are available for viewing Thursdays through Sundays from 11 a.m. to 7 p.m. with the opportunities for private tours and meetings outside of those hours. Its doors were opened to the public six months ago during the pandemic, but like many businesses, it was affected by the imposed COVID-19 restrictions.

Stanbury said, “Visits to the museum were interrupted, but everyone who has visited thus far has been very pleased and expressed their pride in our effort to represent Caribbean culture, heritage, and history for the benefit of future generations. “

North America has long been home to millions of citizens of Caribbean descent living in metropolitan areas like South Florida, Toronto, and New York. With references to recent statistics, Stanbury pointed out that nearly 50 per cent of Broward County’s foreign-born population, and in Miami-Dade, about 32 per cent, have roots in the Caribbean.

As these populations grow in numbers, so too does economic power, political representation as well as cultural and artistic influence. A fitting way to highlight the impact of those from the Caribbean is through a museum – a space for historical reference – to which the board VP pointed in the direction of the Island SPACE Caribbean Museum.

He further explained that the museum, being a non-profit organisation, receives funding from the Broward County Cultural Division, the Community Foundation of Broward, Florida Power and Light, and Grace Foods.

“So, Magic At The Museum is our major fundraising effort. Donations can be made now and during the event by visiting the museum’s website. We are also soliciting donations of items for display at the museum that represent the periods of slavery and colonialism in the Caribbean,” he said.

“The audience will be asked to donate towards the costs of operating the museum. There are also opportunities to support the museum as event sponsors, becoming a member and/or volunteering through the website,” Stanbury concluded.