Duchess of Sussex’s ‘The Bench’ celebrates fathers and sons 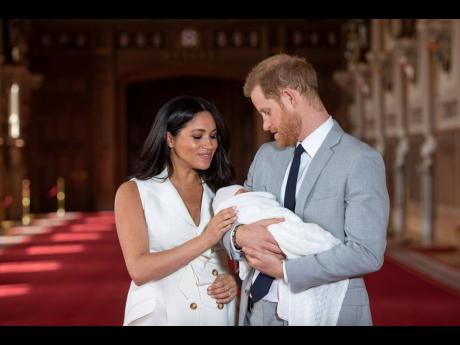 AP
Britain’s Prince Harry and Meghan, Duchess of Sussex, pose during a photocall with their then newborn son Archie, in St George’s Hall at Windsor Castle on May 8, 2019. Markle’s ‘The Bench’ celebrates the bond between Prince Harry and Archie, and fathers and sons in general. 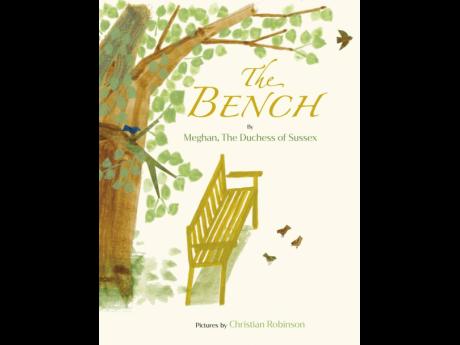 AP
This image released by Random House Children’s Books shows ‘The Bench’, a children’s book by Meghan, The Duchess of Sussex, and with pictures by Christian Robinson.
1
2

The first children’s book by Meghan, the Duchess of Sussex, is a multicultural tribute to fatherhood.

The Bench, a picture story published Tuesday by Random House Children’s Books, celebrates the bond between Meghan’s husband Prince Harry and son Archie, and fathers and sons in general. Markle’s rhyming narrative is complemented by illustrator Christian Robinson’s watercolour images, showing families of different skin colours and backgrounds, from a light-skinned soldier returning home (Harry served in Afghanistan) to a dark-skinned man in dreadlocks, from a boy carrying a soccer trophy to a boy and his father wearing pink tutus.

Fathers are seen as buddies, teachers, consolers and cheerleaders. Random House calls the book a portrait of “the special relationship between fathers and sons, through a mother’s eyes”. The image of the bench serves as a symbol of stability and comfort, starting with a drawing of Harry holding his baby son on a bench, two dogs nearby.

“This is your bench

Where life will begin

For you and our son

Our baby, our kin”

The book’s jacket describes Meghan, the actress formerly known as Meghan Markle, as “a mother, wife, feminist, and activist”, committed to “activating compassion in communities across the world. She currently resides in her home state of California with her family, two dogs, and a growing flock of rescue chickens.” In announcing The Bench last month, she said it began as a Father’s Day poem written a month after Archie’s birth, in 2019.

“That poem became this story,” said Meghan, who dedicated the book to “the man and the boy who made my heart go pump-pump”.

Publication of The Bench comes four days after the birth of the couple’s second child, Lilibet ‘Lili’ Diana Mountbatten-Windsor, named in part for Harry’s grandmother, Queen Elizabeth II, whose family nickname is Lilibet, and his late mother, Princess Diana. Meghan was pregnant with Lilibet while working on the book and the final illustration shows Harry and Archie, now a toddler, at the family’s chicken coop. Meghan is in the garden on the opposite page, wearing a sun hat, holding an infant in a sling.

“Right there on your bench

With daddy and son

Where you’ll never be ‘lone”

Meghan and Harry announced last year they were quitting royal duties and moving to North America; their reasons including the racist attitudes of the British media. In a TV interview in March with Oprah Winfrey, they described unnerving comments about how dark Archie’s skin might be before his birth. Meghan talked about isolation so intense she contemplated suicide.