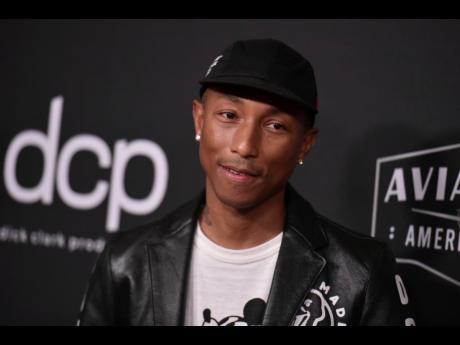 The first school will open this fall in Ghent — the group declined to specify where — for students in the city in grades three through five, with the goal of expanding on the equity-focused non-profit’s decade of experience running summer programmes for students.

“If the system is fixed and unfair, then it needs to be broken,” Williams said in a news release. “We don’t want lockstep learning where so many kids fall behind; we want bespoke learning designed for each child, where the things that make a child different are the same things that will make a child rise up and take flight.”

Called Yellowhab, ‘yellow’ after Williams’ non-profit and ‘hab’ after the name of the Mars habitat in the movie The Martian, the school will be tuition-free for at least the first year. The costs of attendance will be covered by philanthropic support.

One of the school’s early donors, the Walton Family Foundation, has spent millions over the last two decades supporting and promoting charter schools. And Yellow has other ties to charter advocates: its executive director founded charters in Los Angeles, and the founder of the Harlem Children’s Zone, a New York-based non-profit that runs three charters in the city, is the chair of Yellow’s board.

But the school has no plans to seek local approval or funding to make this school a public charter, Executive Director Mike McGalliard said.

“We are very clear here that we’re not taking away from the city or the district. We want to be additive and not put any kind of onerous, intrusive impact on those institutions,” McGalliard said. “It’s very important that we [do] not disrupt that revenue stream.”

Williams’ non-profit has offered summer programmes and other educational opportunities throughout Hampton Roads for years, but settled on Norfolk for the site of the first school because of its deeply entrenched housing segregation and the city’s plans to redevelop three public housing communities through its billion-dollar St Paul’s redevelopment.

“Residents [are] being displaced from their homes with potentially limited housing options available, which limits options for the children,” Stephanie Walters, Yellow’s director of engagement, wrote in an email. “We have a great relationship with the City of Norfolk and want to be a part of the solution in supporting the community with resources and support.”

Norfolk Mayor Kenny Alexander, who toured Harlem Children’s Zone charter schools with Williams in 2019, said he was impressed by what he saw there and looks forward to what Williams’ school can accomplish.

“What happened was breaking the cycle of intergenerational poverty,” Alexander said. “To see that students had gone on to university and some of the Ivy League schools was just very impressive. That’s what we witnessed there.”

Because it’s tuition-free, Williams’ school will let children whose parents can’t afford private schools to enrol in one, if that’s what they want, Alexander said.

Students who attend Yellowhab can live anywhere in the city. McGalliard said the non-profit plans to announce the school’s location later.

The new school’s curriculum will have a heavy emphasis on STEAM — science, technology, engineering, art and math — like the summer programmes have. In addition, collaboration and hands-on learning will be emphasised.

The school will initially enrol between 40 and 50 students. Though admission is open to eligible third-, fourth- and fifth-graders, the school doesn’t plan to have grade-level cohorts, McGalliard said. Instead, students will be grouped by skill level.

The traditional focus on grade levels instead of skill levels has led some students to be labelled as “below grade level” or “remedial,” McGalliard said, a term Yellowhab has banned.

“The challenge is that if you’re progressing too slow relative to some benchmark, then you’re tagged with that title ‘remedial’ or something like it,” he said. “And that’s detrimental to your evolving self-concept, to your sense of what you can achieve. It’s oppressive, and it’s a weight kids carry.”

There are plans to open a middle school next year and grow with this cohort of students, in addition to opening other schools.

An assistant principal from Virginia Beach’s Landstown High School, James Avery, has been hired as the school’s site director, and the school is recruiting teachers.

Families can apply to the school online at www.teamyellow.org/yellowhab until July 1, and students will be picked through a lottery process.

The new school will open on September 7.