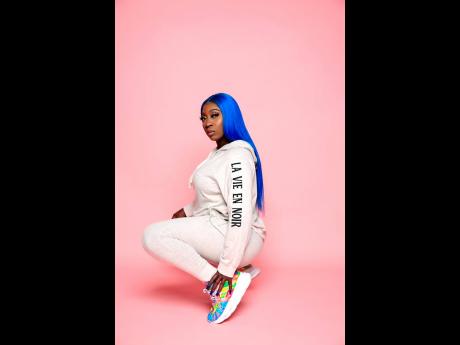 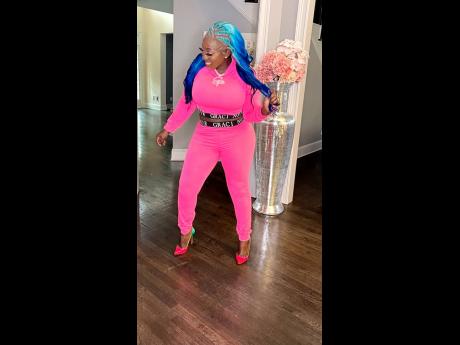 Contributed
A blow-out sale and expansion are in the works to mark Graci Noir’s one-year anniversary. 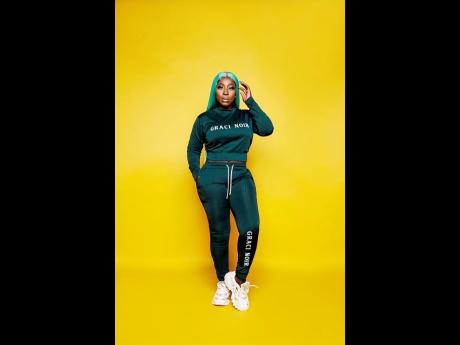 Contributed
Spice wants her clientele to step out feeling bold and confident.
1
2
3

Queen of the Dancehall, Spice, has always been a trendsetter when it comes to fashion. Her eye-catching and sometimes over-the-top outfits would make her a guaranteed standout at any stage show. So when she recently launched her clothing line, Graci Noir, it came as no surprise to many that the ‘Jane of all trades’ would venture into the world of fashion as an entrepreneur. In fact, in a recent interview with The Gleaner, Spice reminded persons that her passion for fashion dates back almost a decade. She said that as an artiste whose image is always front and centre, it was difficult not to get bitten by the fashion bug.

“Many know that my first love is music, but being an artiste also comes with branding your image. Normally, going on stage, I would have to come up with creative ideas for costumes, hair, and stuff like that, and that’s where my passion for fashion was born. There was something magnetic about that process for me, and when I came out in those unique outfits and different styles, it gave me the most rewarding feeling,” she said. “Many people don’t know (or might not remember) that I have been a businesswoman who had a franchise business across Jamaica with Spicy Couture. I had a store in Half Way Tree, one in May Pen, and I also had one in Montego Bay, and they did extremely well. Normally, when I put pieces together, they would be so unusual and unique that people would come up to me and ask, ‘Where you get this or that?’ and that’s where the idea came from to start a fashion boutique.”

But as her popularity grew, Spice could no longer handle the day-to-day operations of Spicy Couture. She had to cease operations as touring and overseas appearances increased. She told The Gleaner that saying goodbye to Spicy Couture was one of the most heartbreaking experiences she has ever endured and vowed to find a way to get back into the fashion world. And that she did. She revealed that during the heights of the COVID-19 pandemic last year, she was inspired to start her own clothing line. “When the pandemic hit and we had some downtime, that’s when I kinda wrapped my head around launching a new fashion business, but I didn’t want the next business to just be about style and shopping. I wanted it to mean something more. I am a strong black woman, proud of the skin I am in, and so I wanted my line to reflect who I am. I wanted people who wore my pieces to feel confident and bold.”

Explaining the meaning behind the name, Graci Noir, Spice said that at the time she launched the clothing line, the Black Lives Matter Movement was in full swing in the US (where she resides at the moment), and she wanted to play her part in representing black pride. “I wanted to start something new that would also carry on my black roots. I wanted to represent my complexion in my line, and so that’s why I went with Noir, which is French for black. Graci means thankful, and I am so thankful for the support that I have been getting from my fans and followers throughout the years,” she said. “Graci Noir reflects me as a strong, black woman and I want people to wear the brand and feel the same confidence that I feel when I put on these pieces. When you step out in Graci Noir, you need to feel that sense of confidence and boldness.”

Graci Noir is now coming up on its one-year anniversary, and Spice is not only eyeing a huge one-year blow-out sale, but expansion as she aims to make Graci Noir a world brand. “For the one-year anniversary, of course we are going to have a big give-back for my supporters. I am going to ensure that I do a mass order so that everything and every size will be available for everyone because I hate to hear when my customers complain that the website is sold out,” she revealed.

“My vision for Graci Noir is to have it being sold in large franchises across the world. It is a brand that has the potential, and I will do everything I have to to get Graci Noir to where it can be. I also have my make-up line as well. I just recently launched the blue box from Faces and Laces, which is a box that includes the piano palette, the microphone brush set, the guitar face wash, and the drum cream and eyelash. It’s next level for all my babies,” she said.