Music was a constant in my household – Jaz Elise 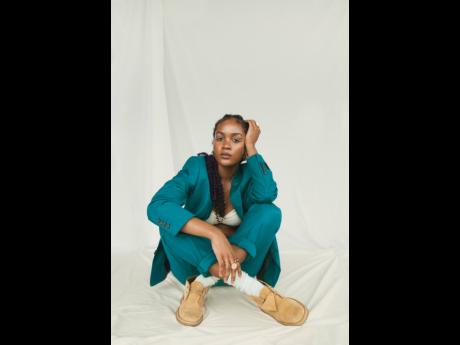 These days, recording artiste Jaz Elise is coming into her own within the music industry. She describes the past year as one of “learning, blessings, and transformation”, having spent many hours putting an EP together that reflects who she is, what she is about, and how she feels.

The singer-songwriter recently dropped the visualiser for Breathe, another single off The Golden Hour EP, which has been doing well across streaming platforms including Apple Music, Spotify, and Tidal.

“Breathe is a song I recorded in a dark moment, and it is self-explanatory. If I am being transparent, it was a moment of mental turmoil and sadness in 2020, at the heights of the pandemic. I was going through some things that I am sure are not unique to me. It is what I was experiencing and the best way to soothe myself, because I was in such a panic, was to take out my guitar and start singing. It is a freestyle of me talking to myself to get myself to calm down,” Jaz Elise told The Gleaner.

“Creating the EP for me meant a lot of personal growth, meditation, and struggle. I also saw a transformation in terms of being part of a label and having the ability to further my musical career. It has been rough, some hot lessons here and there and seeing the beauty of my project connecting with persons still, without live shows,” she added.

She said she is extremely grateful for listeners who visit the digital streaming platforms and have clicked play on her album or the tracks individually so that the numbers could surpass the 500,000 mark.

“As a young artiste with limited means to promote (my brand and music), I am happy with how it is doing. Every person that listens matters to me,” Jaz Elise explained about seeing her goals attained after striving for them for several years.

Music was a constant in her household as a child; with a musician father and equally talented mother and siblings, Jaz Elise, born Jasmine Taylor, grew to appreciate the arts and started singing before she could even speak properly. The young Taylor was exposed to the performing arts early, with her experience in music starting as early as the age of five singing in the church choir. She also did dance and theatre as a member of the Quilt Performing Arts Company, and the name, Jasmine Taylor, can be seen in the cast list for on-screen projects such as the Nelson Mandela-inspired film Capture Land in 2015 and Proscenium. While people will say Jasmine Taylor is born to be a creative, Jaz Elise is not sure that anything called ‘artistic genes’ exists.

“I don’t know about [that],” Jaz Elise said, adding that she more believes in the idea that “whatever you are around is what you will grow to appreciate or not appreciate for whatever reason.”

“I was blessed to appreciate music and art and creativity, whatever that meant,” she continued.

As a child, Jaz Elise’s father would teach her gospel songs. Although she cannot remember the first or exact words or music he imparted, she knows worship and reverence were part of her upbringing which will remain part of her value system for life, she explained. At the same time, Jamaica’s cultural framework, the strong musical forces within the local reggae-dancehall space, and being exposed to a wide selection of genres have also influenced her one-of-a-kind sound that has attracted a diverse audience.

This Sunday, Jaz Elise will open Appleton Estate’s Father’s Day edition of the ‘Reserve The Night’ virtual concert. The event will be headlined by Tarrus Riley.