Olunike Adeliyi – She came, she saw, she is conquering

Actress back in school, lands new acting roles in film and network drama 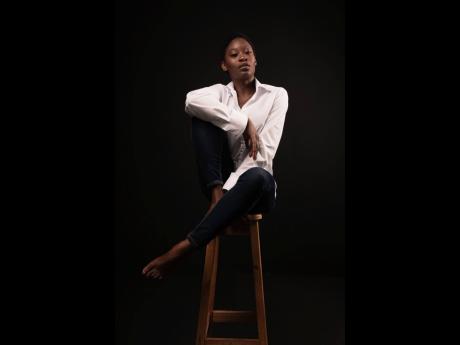 Contributed
Adeliyi has wandered purposefully through the performing arts, first as a dancer and in production, and now as an actress. 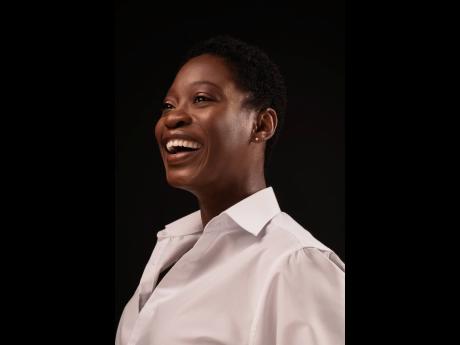 Contributed
As an actress, Wendy Olunike Adeliyi has certainly been living up to the meanings of her name.
1
2

“I am doing well, no complaints,” says Olunike Adeliyi, actress, wife, mother and the product of a beautiful mix of two “fire” countries and cultures – Jamaica and Nigeria. Adeliyi is a deep thinker, an extremely soulful individual who cares...

“I am doing well, no complaints,” says Olunike Adeliyi, actress, wife, mother and the product of a beautiful mix of two “fire” countries and cultures – Jamaica and Nigeria.

Adeliyi is a deep thinker, an extremely soulful individual who cares intensely about how her roots are planted and grown. It can be seen in how she portrays 'Giselle Bois' in the Canadian sitcom Workin' Moms, which premièred on CBC Television in 2017 and again on Netflix in 2019. However, the actress has been flourishing in different roles long before the present decade.

“I am always striving to highlight parts of who I am in a character, how I do and how I think. For this reason, I am consistently working,” the actress told The Gleaner.

Her full given name is Wendy Olunike Adeliyi – which roughly translates to 'wanderer in the footsteps of the Lord' for the English name, 'Wendy', and 'God gives me more love and joy wearing a crown of great honour and value' for 'Olunike Adeliyi'.

As an actress, she has certainly been living up to the meanings of her name. She has wandered purposefully through the performing arts, first as a dancer in R&B and hip hop music videos back in the day, then working behind the scenes until she decided she would enrol in school. This catapulted her career in theatre and on screen. But, even long before school and stage, Adeliyi had a taste of what it meant to be part of the main cast, having been raised with a strong church background in Jamaica.

She said, “I starting seeing the world as a performer through dance. Afterwards, I dabbled in the commercial world to transition into television, then drifted into production where crew members would always say to me, 'Oh, wait, you're part of the cast', but it wasn't completely new stomping ground. I always participated in church productions, and actually, my first time performing on a stage was in Jamaica while living with my grandparents.”

Jamaica helped with her imagination, she said. She admired Jamaicans in theatre and film like Paul Campbell, Delroy Lindo, Oliver Samuels and Grace Jones while growing up, and on the international scene, actresses like Cicely Tyson were influential and she says that she felt like she was represented but knew there was room for more representation. The actress applauded the likes of Shantol Jackson and Dale Elliott for their show of talent in the 2018 film Sprinter. Having an innate talent to perform and act was nurtured, but Adeliyi was uncertain about the next steps to make a career out of her extra-curricular activities.

ACTING NOT ENCOURAGED AS CAREER

“Those things were not promoted by my family. Maybe as a hobby, but they were mainly focused on academics with the belief that an individual should have a skill or play an instrument. Being there in my formative years contributed to my imagination to make it so beautiful and well-developed, but it was definitely not encouraged as a career. Both cultures, from my mother's side and my father's side, appreciated education and speaking boldly of who you are,” Adeliyi said.

Coincidentally, while on the set for the movie John Q, which starred Denzel Washington, she became inspired by the words of the award-winning actor, who asked her who she was and what she had hoped to achieve. He told her the best thing for her to do was to “get the training”. Not long after, Adeliyi, who was already a mother, said she auditioned for the American Academy of Dramatic Arts in New York, “strapped my first daughter [Alesha Bailey] onto my back, and it became an adventure for the two of us”.

“That's where I learnt how to be in it as a performer, not just for fame. It's observing human behaviour, and that's what really acting, music, or any arts is about. It was multifaceted and a great place for an artiste mind to develop. We had to see plays at least three times a week,” she said. “It was hard, because at the same time while I had school and balancing like five jobs, I had to make sure my daughter's life was stimulated. She danced with the Alvin Ailey dance school and was kept busy because I couldn't be around her every moment of every day. I believe that's why she is very independent today, that when she finished high school she could go to England without me worrying about her. Her and I have been road dogs. She's been to auditions and done my self-takes. I knew I was representing something for her, that you can follow your dream no matter what you face or what obstacles are there.”

Adeliyi was in New York for approximately five years, but by the time she returned to Canada, it was about making a career out of what she learnt. At 31 years old, which is usually late for most performers, she landed the role as 'Leah Kerns' in Flashpoint from 2009 to 2012, “and boom!” she exclaimed, “I was on TV, and from there the career started climbing, I think at a good pace and not too high where I couldn't handle it. I was grounded because I already had my family, who I was working hard for.”

She has played earth-shattering roles, from 'Sidney' in the horror film Saw 3D, working alongside Tobin Bell and Tanedra Howard – an experience she described as “feeling like a fish out of water”, then Aretha in French Immersion, for which she was nominated for Best Performance by a Female – Film, at the Canadian Comedy Awards in 2012, and won the 2014 Black Canadian Award for Best Actress and Amina Nour in Boost, for which she garnered a Canadian Screen Award nomination, among others. She also thrilled on stage Toronto's Sterling Theatre, where she pioneered in the role as Shakespeare's first Jamaican-Nigerian Lady Macbeth. Still, Adeliyi is not striving to be the poster child for theatre, film or anything for that matter. She is currently back in school at the University of Toronto studying psychology, African studies and Caribbean studies, while balancing her many roles for her career and in her home. Last Friday, another film she is in, Akilla's Escape, had its official première and, just this week, it was announced that she would be playing the role of 'Queenie' in the BET and CBC drama The Porter, highlighting the life of North American railway workers in the 1920s.

“Back then, I was fresh out of school and a major student of the craft. I had to learn a lot on the fly, where my mark is, and lean on a lot of those established personalities to help me through. I know the importance of what it is to see my face and hair on screen. I know it's a big deal whenever I did plays or school plays, the way the black girls would look [at] me. It was a responsibility I had and embraced what it is and teach my daughters, Alesha and Ashanti, who is only six, all of that,” she said.

“There is a message I always want to convey, that, whatever you put your mind to, you can do, and no one can tell you different. I once heard from Oprah Winfrey, never take a 'no' from a person who doesn't have the power to say 'yes', so I live with that mantra. I follow my paths in order to show completion is attainable. That's how my position as a role model is being told continuously. When people make decisions, especially in this industry, about what I can and can't do, it has nothing to do with me. That's their perception. The nos should drive you, because it's the hard work and perseverance that gets you through this tough world,” Adeliyi continued.