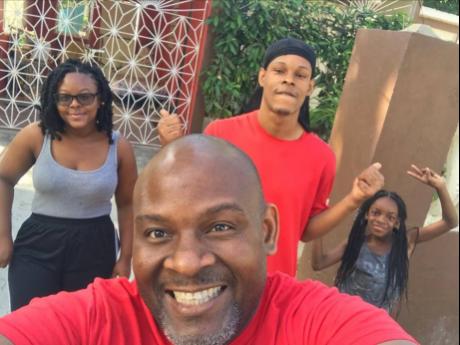 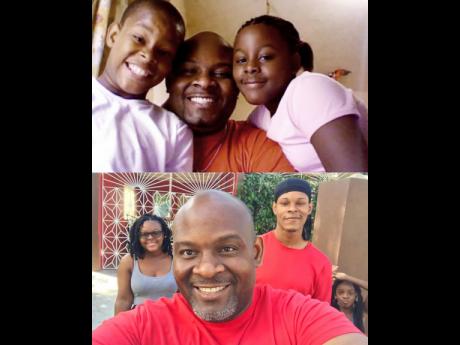 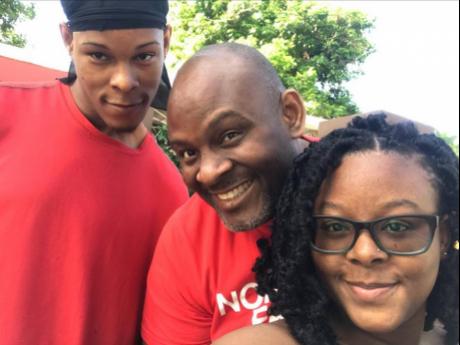 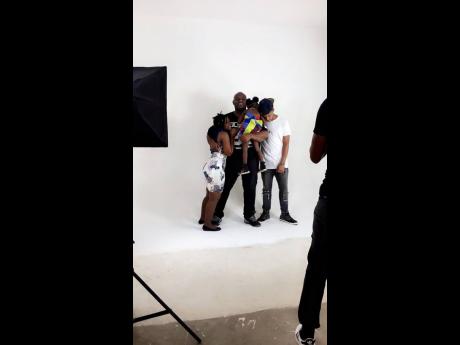 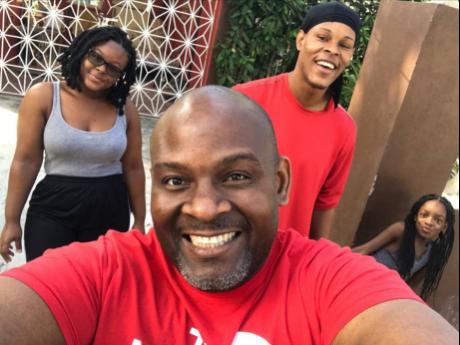 The year was 1997, and a 17-year-old Richard ‘Richie Feelings’ Bailey had just found out that he was about to become a father. A product of Kingston’s inner city, the popular selector recalled that at that age, he was more excited than scared of the responsibilities that lay ahead of him. He told The Gleaner that although he was uncertain about what the future held, especially after receiving news that he would be fathering not one but two children — twins — he was happy to have produced offspring that would carry on his legacy.

“At 17 years old, going on 18, I was a teenager. I was never ready, but there was a concept in the garrison weh dem say if yuh reach a certain age and yuh nuh have nuh yute is like yuh nuh ready,” he recalled with a big smile plastered across his face. He added that “due to violence and dem thing deh, I was saying to myself that one a dem day yah things can happen to mi so mi a say mi need a yute fi carry on mi name or bring on mi legacy. Mi nuh have no legacy dem time deh as a teenager, mi never build nothing, but a just weh a go chu mi mind at the time.”

The popular selector, who today, is lauded as an exemplary father, shared that although he had no legacy at the time, a passion to build one was birthed inside him the very moment he learned of his twins. “I remember everything like it was yesterday. My kids - I have twins, a boy, and girl - and when mi go hospital that Friday morning and mi look, mi see two likkle supmn inna two red ‘shemese’, mi say , ‘Look pan me’,” he reminisced.

Determined to provide a good life for his twins, Richie Feelings said that at the time, he worked at National Bakery and would perform a number of duties to make ends meet. “As a yute from the garrison, I used to see a lot of things weh di yute dem a beg $5 and $10, and I tell myself say my yute dem nah come do dat. So mi work hard, and dem time deh mi work a National Bakery and mi push bread up deh till mi fava bread.”

The father of three recalled how he worked in every section of the bakery, washing the bread vans, packing the trucks, any and everything he could to make sure he provided for his newborns. “Mi put in some extra work because mi say mi want the best fi my yute dem, so it was a joy,” he shared. “Up to today, it bring a joy. Like me talking about it now, it brings back some nice memories.”

The joy on his face was undeniable as he spoke about his children, Orithia Bailey, Richard Bailey Jr, and adopted daughter, Alicia Lee, also called ‘Peelie’. Lee is the daughter of Richie Feelings’ daughter’s sister and has been unofficially adopted by the entertainer. Many, however, are astonished when he reveals that she is not his biological daughter. “Mi tell people all di while say Peelie have her mother and her father and dem nuh believe. But yuh see the love weh mi have fi Peelie, is like she a mine. Peelie come in a time when mi did need some humblenes. She come humble me and bring some great joy to me. The things dem weh she do, how she sound, is like Peelie born before her time. It never hard fi take on Peelie, and she come see everybody a call mi daddy, so automatically, she call mi daddy, too,” he said.

Describing himself as a hands-on father, Richie Feelings said he has been there for every key moment of his children’s lives, including overnight stays at hospitals. “When I was working at the bakery, I used to be on shifts, so when I was working nights, I would come home late, and even then me still spend time wid dem. Remember is two kids, so when their mother would be feeding one on the breast, mi have the bottle a feed the other one. Mi hands-on from day one,” he said. He has done everything, except hair combing, he added with a laugh. “The only thing I don’t do is comb hair because I couldn’t comb hair, but I do everything else. Even Children’s Hospital (Bustamante) mi sleep a Children’s. Mi go chu every part of parenting,” Richie Feelings shared.

The entertainer said that being present gave him a feeling of fulfilment, especially since his own father, although having provided for him, was not physically there as much as he would have wanted. “Mi come from the garrison weh many households don’t have any father. Many households, di children dem grow two different areas, and when I say two different areas, the father live down the road, and di mother live up the road, so like di pickney dem a grow inna two different yaad. Mi see dat, and mi never want that for mine,” he said. “I wanted to be around my yute dem, and I did wah watch dem grow because I never have my father around physically, so I wanted to be there to see everything. I was there at every stage of my yute dem life.”

Having set a precedence for what role- model fathers should look like, Richie Feelings said he is overwhelmed when people praise the work he does as a father. He said with the stigma attached to fatherhood in Jamaica, it makes him feel proud to be different. “There is a stigma out there that Jamaican man is deadbeat and yuh nuh have nuh good father left, but everybody experience is different. Mi a one a dem good father deh. If a 99 per cent bad, mi inna di 1 per cent good, so when somebody come to me and say ‘Yow! Mi love dis and yuh make me wah be a father like you, it makes me feel good,” he shared.

For him, every day is Father’s Day. “Mi deh deh right through and the joy fi know say my yute dem past the worst a di biggest thing for me, the best gift. Every day is father’s day for me,” he declared.