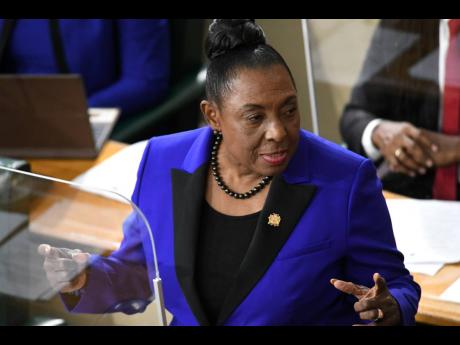 With the observance of International Reggae Day on July 1, the Minister of Culture, Gender, Entertainment and Sport, Olivia’ Babsy’ Grange, said a request has been made to the United Nations Educational, Scientific and Cultural Organisation (UNESCO) to officially proclaim the day worldwide.

“We have initiated a request to UNESCO to have the day declared officially through the United Nations system for it to be recognised worldwide, officially,” Grange told The Gleaner.

Plans are also under way for the International Reggae Day event. The concert, which will be hosted by the Government, will be held at the Port Royal Cruise Terminal in East Kingston, and serve to set an example for promoters and organisers, especially those seeking to have large-scale activations, on how it should be executed using proper protocols.

“We thought it would be fitting with the reopening of the sector that we have an event, so we will make sure that the event displays how we observe the protocols (and so on),” Grange said.

Though the ministry has not finalised the number of expected attendees, she hinted that it could fall anywhere between 300 and 350 persons.

“So far, the list that we have compiled includes the various stakeholders that were part of the consultation to the prime minister, members of the Entertainment Advisory Board, representatives of all the music industry organisations,” said Grange. Among the groups mentioned are the Jamaica Reggae Industry Association, the Jamaica Federation of Musicians and Affiliates Union, the Jamaica Association of Vintage Artistes and Affiliates, as well as entrepreneurs and other artistes.

“What I [also] plan to do is première a documentary we had commissioned on Dennis Brown for this occasion, in addition to having performances,” Grange shared.

This year makes 22 years since the reggae icon passed away.

Grange was unable to provide the cost of the event, but pointed out that the ministry was looking to stakeholders to help make the event a success. At present, she says they are having discussions with Andrea Davis, who is the founder of and launched the first International Reggae Day in 1994 to collaborate in different ways.

In May, Davis announced that this year’s celebrations would be held under the theme ‘1Love’ in recognition of the roots and the central message of the iconic genre. Ahead of the July 1 roll-out, a virtual launch event for the 1Love Rally will be hosted by the International Reggae Day organisers in collaboration with entertainment giant VP Records.