July 11 event to be virtual 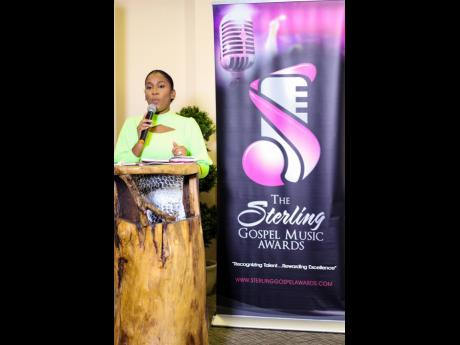 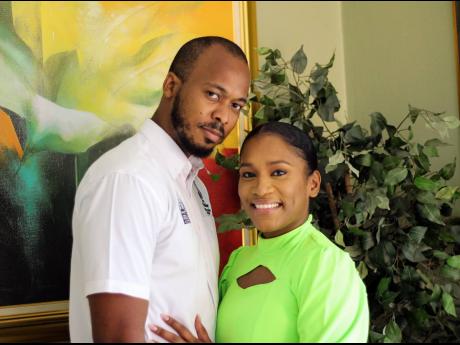 Stephanie Lyew
Brian Cuff (left) and Basillia Barnaby-Cuff are all geared up for another successful virtual staging of the Sterling Gospel Music Awards.
1
2

The organisers of the Sterling Gospel Music Awards (SGMA) may have missed the green light to join others in the events industry as the entertainment sector reopens, but they are excited about the virtual staging of their fifth instalment on Sunday, July 11.

The announcement was made by Basillia Barnaby-Cuff, founder of the event, at a media launch held yesterday. The format of the awards ceremony, which is endorsed by the Ministry of Culture, Gender, Entertainment and Sport, she said, will include a virtual red carpet photo booth, and an awards ceremony, with performances. The event will also be aired via a live television broadcast on Television Jamaica (TVJ) and on the station’s YouTube channel.

Speaking to The Gleaner, Barnaby-Cuff said, “When I heard the prime minister’s statement on Tuesday, I was like ‘Oh God, we missed this’ because, maybe if we had known two months ago, we could have pulled it off to do a physical staging.”

She added, “It’s a little late now. With the awards going live in two weeks, it would require so much more to rework our plans at this point. To be honest, we would not want to be the first either, as we would probably be the first event or first gospel event, which would have been a lot of pressure on us.”

Last year, SGMA set out to host the fourth annual staging at the Courtleigh Auditorium, where an estimated 500 guests were expected to attend. However, three days before the scheduled date, Jamaica recorded its first case of COVID-19 on the island. “We had everything all planned out, and we were excited about what was to come, thinking it would be possible to go ahead three days later. Then the news came,” she said, pointing out that they were advised to cancel the physical show.

“The Sterling Committee was distraught, to say the least, and so many other entertainers, recording artistes, and promoters can testify to the fact that we felt it. It was a huge blow to our industry and an even bigger blow to us to cancel [on such short notice],” Barnaby-Cuff continued.

Instead, the show was held for the first time virtually and on TVJ, and the virtual winners reveal done with 1.2 million viewers tuned in. They also recorded a total of approximately 25,000 votes for the 2020 nominees, and this year have reached another major milestone, with over 30,000 votes submitted.

“A lot of artistes were hindered in putting out singles and compilations because of the pandemic. Many, who had plans for 2020, may not have made it on the list, but we did see 20 per cent more nominations between October and December, and we believe they are looking forward to what will happen now, into next year,” she said.

Brian Cuff, the co-founder of SGMA and Basillia’s husband, said that there is also more variety in the nominees.

“People have gotten more creative, and we were able to include some of those elements,” he said, noting the addition of categories: Virtual Gospel Event of the Year, Virtual Series of the Year and Gospel Personality of the Year in place of Emcee Extraordinaire of the Year and Event DJ of the Year.

“We have some up-and-coming artistes and even younger creatives getting the time to shine,” Cuff added.

The Cuffs are delighted to have achieved getting the live show on television, as it was on their list of goals since the inception of the gospel music awards, they said. In terms of hosting a blended staging of the event in the future, they are planning to use the summer period to observe the Government’s approach and see the working event models to aid them in making their own adjustments.

“We still want to include the virtual platform and attendance, but we want the fellowship of a live setting. SGMA is not a concert, but it is an event which allows our supporters and the artistes to dress up and still be entertained.”

This year’s artiste line-up features past Sterling Award-winner Kevin Downswell, emerging gospel singer Petra-Kaye Linton, who is also nominated in the Female Artiste of the Year and Breakout Sensation of the Year categories, and Gavin McDonald, winner of the 2021 New Talent Showcase powered by Bloozick.

“I am blessed and feeling blessed. I am grateful and honoured to be nominated in two categories, but just to know that persons are being inspired and also are being saved by my ministry gives me a sense of joy, and it also motivates me to push and work harder for the glory of God. Also, I take great pleasure in being able to perform for the ceremony; my team and I are very elated. I pray that this ministry will go further and touch many more lives across the world,” Linton said.