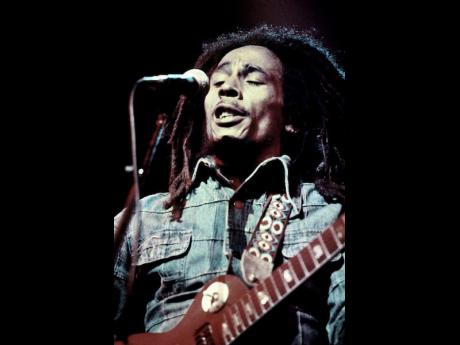 'One Love was first articulated by Marcus Garvey, Rastafari embraced it, and Bob Marley took it to the stratosphere,' said Lisa-Ann Ogilvie, co-producer of International Reggae Day.

The ‘1Love’ theme chosen to celebrate International Reggae Day (IRD) today has resonated across the globe, with several countries jumping on board to savour the One Love experience. Co-producer of the event Lisa-Ann Ogilvie shared with The Gleaner that this year’s virtual multicultural experience would include broadcasts from China to Brazil and everywhere in between.

“I don’t think Jamaicans really understand the power of reggae music and one love,” a burning-with-excitement Ogilvie stated. “Reggae music is synonymous around the world with ‘One Love’. One Love was first articulated by Marcus Garvey, Rastafari embraced it, and Bob Marley took it to the stratosphere.”

She outlined that the IRD team has curated some “awesome broadcast experiences” and is delighted at the opportunity to share how reggae music has influenced the world. One of the several highlights of today will be a global 1Love Pull Up, scheduled for a few minutes past mid-day, Jamaica time. “Today, at 12:05, we will be having a 1Love Pull Up. We are inviting media houses around the world, both on-air and online, to pause at that time to reflect on the theme for a few minutes and celebrate with reggae music,” she said.

As part of this experience, the media houses are being asked to “envision a post-COVID world with the healing power of 1Love to a reggae soundtrack”. Media are asked to play three specially selected songs from reggae’s humongous catalogue and in a particular sequence.

“The first song is Bob Marley’s anthemic One Love, followed by Dennis Brown’s Love and Hate and Jah Jah’s Give Us Life to Live by Wailing Souls. To end the segment, the host/DJ is asked to share their answer to the question, ‘What do reggae and 1Love mean to me?’” Ogilvie said.

According to a release, this activity has been endorsed by both the Marley family and Marcus Garvey’s family, both of whom are participating in IRD this year. In a video endorsement for IRD, Bob Marley’s daughter, Cedella, makes a call to action as she sits beside her mother, Rita, who is looking fabulous and who makes her own contribution at the end. “One love, one heart, one aim, one destiny,” the Marley matriarch says as she bumps fists with Cedella, to which Cedella replies with a chuckle, “Wonder twins.”

An enthusiastic Ogilvie is intent on IRD taking over all virtual spaces. “We want to use this power of love to trend on social media. We want to activate to create a groundswell of responses from reggae lovers around the world over at the 1LoveRallyWall. This is a central space to express yourself and share ‘What does Reggae and 1Love Mean to Me?’ One Love means so many things to so many people. It has a revolutionary focus. It also has to do with the planet, the community, and the global village. And of course, there is One Love to your fellow man,” she noted.

With regard to the planet, IRD has long had a tree-planting component, and Ogilvie was happy to share that an African country has fully embraced this concept. “Nigeria now has an initiative to plant one million reggae trees. We are asking everyone to plant a tree on International Reggae Day and do your part and inspire others to care for our planet,” she said.

The co-producer also urged the use of the hashtags #1Love, #JulyOne, #ThisIsMyReggae, #IRD2021 and reminded us that a big part of IRD is wearing the reggae colours – red, green, and gold.

With the expectation of having 24 hours of non-stop reggae music blasting from the airwaves, the IRD team has curated a playlist with more than 200 songs. Ogilvie explained that selectors and sound systems from several cities worldwide will deliver themed DJ Relay specials and have also scheduled special programmes on their platforms for today. DJs representing Asia, Mexico, Colombia, London, USA, Australia, France, Scotland, Belgium, and Canada are confirmed to participate.