Organisers looking forward to round two 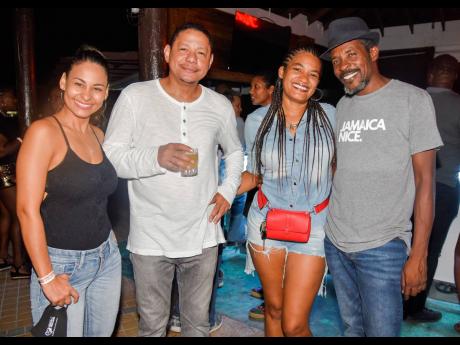 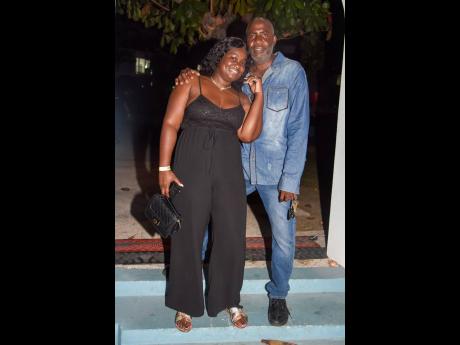 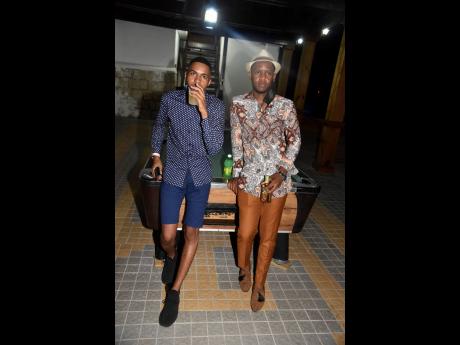 Nicholas Nunes/Photographer
Harada Anderson (left) and Romain Small had a drink to celebrate a good vibe.
1
2
3

It was all about letting Good Times roll inside the Grand Hotel Excelsior Port Royal (formerly Morgan’s Harbour Hotel) on Saturday night, on the eve of Tropical Storm Elsa. With the winds in Kingston at approximately 10mph, overcast skies and the air feeling hot and humid, organisers of the popular retro party were still determined to make the best of the night.

“We were watching Elsa from earlier in the week. The tropical wave in front would bring some rain but it was going more north, although the high pressure in the middle of the Caribbean meant uncertain weather conditions, too, (so) I expected the humidity, but I was comfortable,” said Bobby Chantrelle, one of the founding organisers of Good Times.

If had rained, it would be no different than previous years - as the party, which was held about two to four times annually for two decades, religiously received showers of blessings. The organisers had never allowed their party mood to be dampened before and it was executed during many hurricane seasons, with 2012 being the most memorable when Tropical Storm Isaac forced them to postpone the event by a week.

Coming off a five-year break, Chantrelle expressed that the decision to have another Good Times was worth it, as it reminded him of the reason the event came to be in May 1996.

“It was the heyday of dancehall music and there were five new, top songs every day. These took precedence on the radio, and in the clubs, over the music we grew up on. So, we said we’d put on a party for some of our friends, but got way above than what we expected at the Countryside Club, which was on Eastwood Park Road. Tonight gives me that same feeling,” he said. “We eventually had to change venues because of the growth. Such a clamour motivated us to do it three times a year, then four, then in other parishes. The length and the strength of it is the music - the old hits of reggae and dancehall from the ‘70s on to the ‘90s. Just look how the people here now jus’ a bounce up and down.”

That bouncing and skanking was non-stop as veteran selectors Mixmaster Marvin, DJ Delano and Kurt Riley spun the hits. The dance floor was opened for persons on the grounds and in the virtual venue as they streamed live on Caribcast. The main reaction from supporters was that they want to feel ‘good times’ again.

Making an analogy with the sports industry, Chantrelle pointed out that in February when it was allowed to reopen, there was an event every weekend that was done properly as a means to demonstrate to the authorities that it was safe to have Champs. He says as one of the first parties to be staged since the entertainment sector reopened, they were taking baby steps to achieving a goal. “While we are anxious to have it restart, we appreciate that it has to restart properly and that is why we intentionally tried to do it early. It’s not about getting our event on the calendar, three times or more a year; our long-term plan is to have the number for small events increased from the 100 people, because if it doesn’t, that is going to kill us.”

Working with a capacity of 150 persons, Chantrelle estimated a turnout of about 140. However, at 9 p.m. about 70 persons would have come to show their support - several of whom took advantage of the $20,000 package offered, which included admission for two and accommodations of a double-occupancy room. “The setting was good, in that there is no noise issue and it fit neatly into what we wanted to offer.” He further explained that promoters and partygoers have to show respect and an understanding of social responsibility to the authorities. “For, if we don’t do it right, the sector will see another lockdown that will essentially sink Christmas, as it is going to be hard to convince the authorities to do it again.”

Jerome Hamilton, another one of the founding organisers, described the event as “a sort of experiment,” but noted that the gathering was similar to how Good Times began.

“We have to start from somewhere; this is what this is and we will be doing it again next month and see how it can be improved. I have to thank all the people who came out to have a good time with us,” Hamilton said.