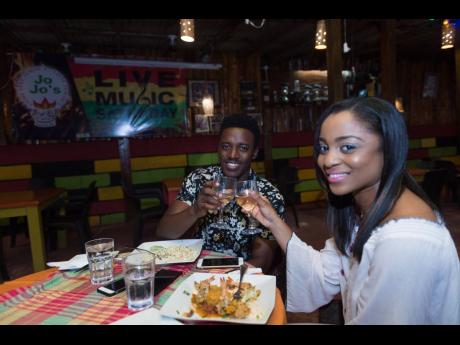 File
Romain Virgo’s first stint as a producer is a track written specifically for his wife, Elizabeth. 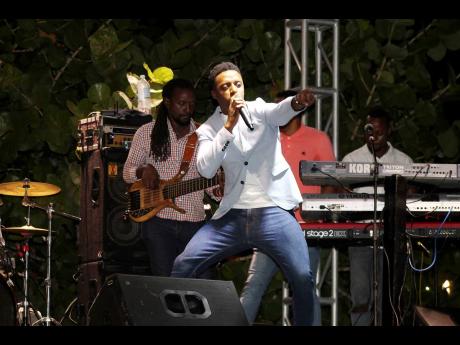 File
Romain Virgo.s new single, ‘Beautiful To Me,’ is a reminder that beauty is in the eyes of the beholder.
1
2

It’s perhaps every girl’s dream to have a love song written in her honour. For Romain Virgo’s wife, Elizabeth, that dream came true some two years ago when her talented husband wrote the single, Beautiful To Me. At the time, Virgo had no intention of releasing the heartfelt ballad. It was, of course, a personal act of love to be shared between the two. But, with a catalogue dedicated to making all women feel like queens, he decided the single should be shared with every woman across the globe. And so last week, accompanied by some sweet visuals, Beautiful To Me became a reminder for every woman that beauty is indeed in the eyes of the beholder.

Giving details on the inspiration behind the track, Virgo told The Gleaner that he wanted the song to show ladies that they are simply breathtaking, with or without the extra enhancements they sometimes insist on. “I don’t remember if it was a morning or evening, but we were going somewhere and I was personally thinking to myself that she spends a lot of time in the mirror doing her make-up. It’s something that I always tease her about. In that moment, though, I was saying maybe this could be something. I thought of the lines ‘you take forever to get ready, you spend forever looking in the mirror’, and that was where the entire idea came from,” he shared. “I went further to say whether in make-up or out of makeup, you are still beautiful to me. I didn’t tell her I was going to write a song. I just took it upon myself within that moment to do that for her.”

Virgo said the first time he shared the track with his wife, she was completely taken aback. “It was something she heard me sing before we introduced it on our YouTube channel and she was amazed by the lyrics when she first heard it. She was even running jokes, saying she doesn’t take forever in the mirror. With each line that I sang back then, she would find something to counteract it, which was funny,” he laughed. “But she was definitely amazed. Liz is somebody that judges really hard, so if I come to her and tell her that I have a song and her first reaction is she is pleased and just mind-blown, I know we have a good song.”

Based on the reaction the song has been receiving, dubbing Beautiful To Me a good song wouldn’t quite do it justice. Within a week, the track has surpassed the quarter-million views mark on YouTube and has hit the number 22 spot on the local trending chart. Fans say the track has restored something that has been missing from the music for far too long; respect for women. The latter is something Virgo is particularly proud of. “It’s a beautiful feeling on the inside to know that I can write something from a real place and people appreciate it. The love is real. As an artiste, I take pride in showing women how special they are, and that is how it really and truly should be,” he said, pointing out that he has always prided himself on recording songs that put women on a pedestal.

Virgo, who made his debut as a producer on the track, says he is looking forward to taking the lead on more projects in the future. “I have been transitioning from the whole thing of just Romain Virgo the artiste, who goes inside the studio go record song, into someone who helps others collaborate with others. I feel like as I go along, I will continue to learn and do more in that area of music,” he said. “It felt good to see I could come out with something and say I produced this. But I don’t want my producer friends to feel like this means I won’t be recording for them anymore. It was just how personal the song was that I wanted to give it my all.”