Rygin King hoping to work ‘with a whole heap of greats’ 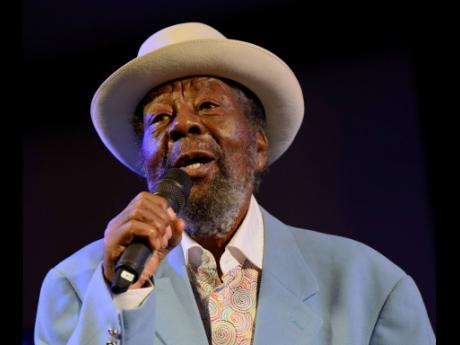 File
Rygin King said Legendary reggae toaster, U-Roy, who died in February, taught him to never give up on his dreams. 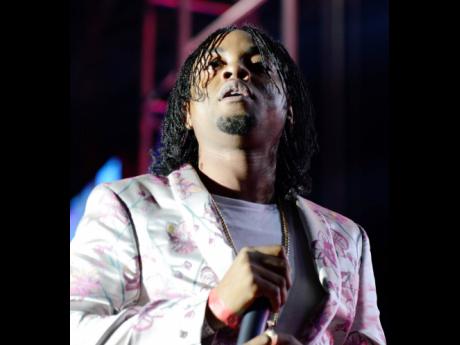 Despite the hurdles Rygin King has had to jump over within the past year, from being severely injured in June 2020 and undergoing several rehabilitative procedures to dealing with loss, the artiste continued to release music like Glu, Cheddar, and Plead My Cause.

Now, following the release of the late U-Roy’s classic, Stop That Train by Trojan Jamaica from the soon-to-be-released Solid Gold U-Roy, Rygin King is hoping for even more collaborations with music’s greats. Stop That Train is produced by label co-founders Zak Starkey and Sshh Liguz, who met Rygin King after his legendary Sumfest performance, along with Youth, who has worked with U2, Paul McCartney, The Verve, and is mixed by David Sardy.

Rygin King said, “It’s a different vibe, of course, but this shouldn’t be news. I been a say this in interviews over the years that I am open to working with a whole heap of the greats. I would like to work with any of the greats once they give me the chance. And Trojan Jamaica were the ones interested in my voice.

“If you see a person that inna di culture, a role model, and icon in the business that has been through this and other things, it is an overwhelming feeling when you get the opportunity to work with them. Them doing it for a long time and someone like U-Roy, one of the great them doing the reggae and part of the dancehall too – that was unique chemistry – although it is unexpected,” he added.

In 1965, Jamaican band The Spanishtonians, also known as The Spanish Town Skabeats, released Stop That Train at the height of the original ska movement. Rocksteady duo Keith Rowe and Phillip Texas Dillon, popularly referred to as Keith and Tex, achieved recognition in 1967 for their version, which was sampled by reggae vocalist Scotty for the song Draw Your Brakes, famously featured on the soundtrack to the film The Harder They Come. The Beastie Boys and Vanilla Ice also sampled the song.

The Dancehall Baddest Ting entertainer is not aiming to take the place of these veteran acts who have talked the talk or walked the walk but to learn from them. While he did not know U-Roy for long before his passing on February 17, Rygin King says there were many lessons to take away – some he declined to share.

“You are here on this earth to accomplish a job” are the words the artiste recalls from one of the many conversations they shared. “Each person has a lesson they learn from someone; him definitely show me a lot. Never give up on my dreams is one of them. U-Roy reminded me that we are doing this for love, not hype, or fame, or what it comes with. He told me if I love it, and born to do it, then I know what I have to do. That is something him show me from a musical perspective,” Rygin King shared.

The death of U-Roy caused “the same emotions any person gets when them lose someone that become part of them life,” but Rygin King revealed that there were feelings of happiness permeating the air around him. “When it happened, I was like ‘Jah know’, but I also was more than happy to know I am one of the recording artistes to be featured on a song with him before certain things.” He also said that he is honoured knowing that he will be featured on U-Roy’s album, though it is being released posthumously, but also because he received an opportunity to work with one of the founding fathers of Jamaica’s culture.

“Working with U-Roy is no different from working with other artistes; except that he has a specific style – with a lot of humour in it – I love every song he does. Him make me laugh nuff, with some slangs weh mek me think me shoulda come up with that,” he said, with a laugh. “This project happened in one of the most important times in my life. That alone means a lot. When we younger, we listen to the music and get interested in the culture and to know I grow up to make people see that I have the talent to be a star in the eyes of the public is a tremendous feeling,” Rygin King continued.

With the reopening of the entertainment sector, the deejay anticipates his name will be featured on a few flyers. He is dedicating as many hours to recording as he has to recovery and mentioned a forthcoming album that speaks to the emotional journey he has travelled.

“We are artistes of the new era [so] it is inevitable that people will want to see we – I do see myself getting booked on stage shows, and I continue to put in the work. My album is on its way, a good blend of multiple genres, and it gives the down-low of my life and story in about 15 tracks. From you hear dancehall, Rygin name have to call,” he said.