Quick on the heels of ‘Healing’, Tarrus Riley already has new music in store 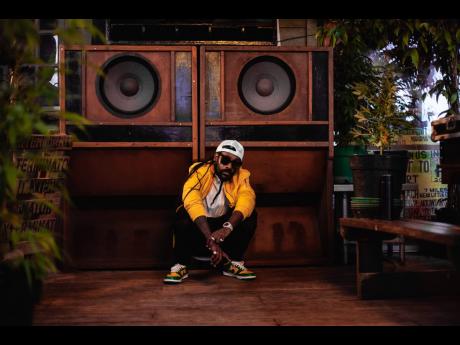 Contributed
Having spent the past year writing, Tarrus Riley says he has a lot more music in store.

For more than a decade, reggae singer Tarrus Riley has been thrilling music lovers across the world with his songs. A multifaceted artiste, the entertainer’s catalogue is the epitome of diversity. Over the past year, however, the singer says he has become more in tune with his craft than ever, an upside to the global lockdowns, he admitted. As a result, in addition to a slew of new singles, the artiste was one of the few to release a full-length album in 2020, and he shows no signs of slowing down. In fact, in a recent interview with The Gleaner, Riley says he has a lot more music in store.

“I have so much more to offer. I have been writing so much over the past year. That’s one good thing about the COVID; I have really been inspired to just write music and put a lot of energy into mi craft. Me have nuff music coming, so much that, right now, it’s just a matter of which one I will get to release first. We have a lot in store fi di people who really wah hear we,” he shared.

Riley, who has been showcasing more of his sexy side in his latest releases, said he enjoys catering to the ladies. He says while his embracing his more sultry side may come as a surprise to some, his catalogue has always been injected with a bit of sex appeal. “I mean, you know man and woman together is a great vibration, nothing no nicer than that and a dat we a deal wid. From the days of To The Limit and Burning Desire, I have always been interjecting likkle things about how love is important in my music. I am a lover, not a fighter and di ladies dem fi just know mi always a sing fi dem because a dem gimme di strength and encourage mi fi make song fi dem,” he said.

Speaking of creating songs dedicated to his female audience, the entertainer recently released a reggae remix of the mega R&B hit single, Heartbreak Anniversary. Riley told The Gleaner that, as a huge fan of this, Giveon’s original track, he was moved to put a reggae spin on the single, which to date has amassed more than 160 million views on YouTube. “I realised that the song is probably one a mi favourite songs right now. Mi really love it. It’s one for the girls; it’s smooth and soulful. Most a di time [during the pandemic], we indoors, and so we a listen more music and a get fi hear more stuff, and that song really stood out. It nice,” he said.

Riley said having really appreciated the song’s construction, he wanted to put a reggae spin on it. “I just really checked for the melody and the lyrics, and so I wanted to do a reggae version. I think reggae make music sound soulful; there’s something about reggae music and the riddim that just makes it a musical treat for the people. This song is a gift especially for the ladies,” he said.

Heartbreak Anniversary was released July 2 and already has racked up more than 170,000 views on YouTube. Listeners on the platform have been singing Riley’s praises, pointing out that he can do no wrong musically and that a reggae cover has been the gift they never knew they needed.