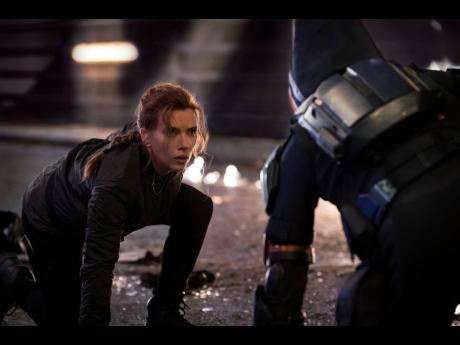 AP
This image released by Marvel Studios shows Scarlett Johansson in a scene from ‘Black Widow’. 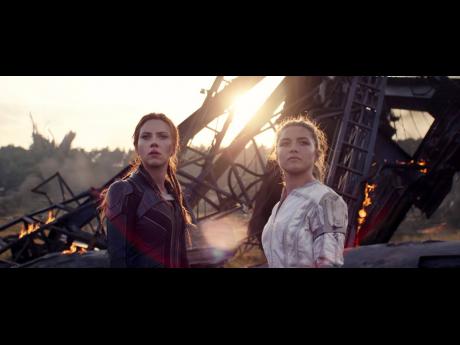 When on the run from the United States government for her crimes in Captain America Civil War, Scarlett Johansson’s Natasha Romanoff takes some much-needed vacation time. Camping out in hiding doesn’t last long, though, as she’s soon under attack by a living weapon, Taskmaster. An enemy with the capability to perfectly mimic its opponent. To survive, the Black Widow will need to confront the past she’s been running from her entire life.

That past includes a contentious family reunion and a reckoning with Natasha’s past sins. Sometimes at the same time. Florence Pugh plays Yelena, Natasha’s estranged and adoptive sister, who is an assassin herself. Their relationship is the most compelling aspect of the movie, with Pugh almost stealing the limelight from her co-star. The film brings humour in their sibling rivalry, but ultimately finds its way back to a heartfelt tale as they set out to confront their shared childhood trauma and try to put a stop to it and ensuring it never happens to anyone else.

For the most part, Marvel films are disarming. Even Avengers Endgame, which explores the tragedy of half the world’s population disappearing, culminates gleefully. As dire as the stakes get, audiences can rest assured — there will always be a hefty supply of humour and eye-popping visuals to balance things out. These lighter elements are essential to the Marvel films, but are often the source of their limitations. With Black Widow, however, the approach has been altered. While humour is an important part of the film, it’s used to serve the tragic story rather than undercut it.

As an action film, Black Widow pulls no punches. For a film about a hero that’s been seen fighting aliens and robots, the film manages to have a compelling story to tell, while still feeling grounded. The action is gritty and uncomfortable to watch and makes for an entertaining mix of spy and superhero. The film shifts between fight scenes, car chases, and culminates with a free-falling showdown, keeping the action diverse and interesting the whole way through.

The film is a fitting send-off for the beloved character, for what is likely to be Black Widow’s grand finale. It doesn’t shy away from the dark history that’s been referenced for years and instead embraces it, taking the heroine on a path to redemption as she finally clears out the red in her ledger.

4. Catch It On Cable