Miss Universe competition will be held in Israel in December 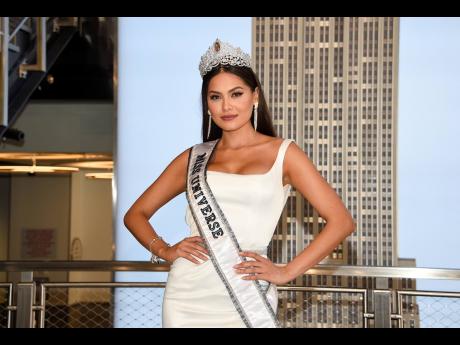 Evan Agostini
Miss Universe 2020 Andrea Meza, of Mexico, will crown her successor in December in Eilat, Israel, where the competition will be held.

Miss Universe is heading to Israel for its 70th competition.

The Miss Universe Organization announced Tuesday that the pageant would be held this December in the southern resort city of Eilat.

Steve Harvey will once again return as host.

The three-hour event will broadcast live on Fox in the US and also in 180 countries and territories across the globe. It will end with the current Miss Universe, Mexico's Andrea Meza, crowning her successor.

Meza, a former software engineer, has advocated for women's rights and is also encouraging people to get the vaccine from COVID-19. Soon after she was named Miss Universe, Meza invited the media to cover her first vaccination shot in New York.

In a statement released by the Miss Universe Organization, Meza said she hopes "as many people as possible" get vaccinated so they can participate in the 70th Miss Universe contest.