Kanye West hunkers down at Atlanta stadium to finish album 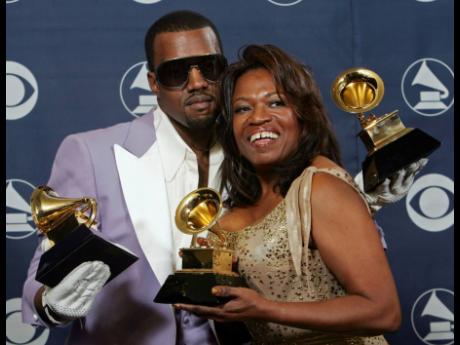 AP
Kanye West unveiled his 10th studio album, ‘Donda’, in front of a packed crowd in Atlanta. His album was named after his mother, who died at the age of 58 following plastic surgery complications in 2007.

Kanye West has moved into the Mercedes Benz Stadium in Atlanta. The 44-year-old rapper recently held the listening party for his new album Donda in the stadium, and now he has reportedly moved into the building while he puts the finishing touches to the record as he finds it “inspiring”.

A source told TMZ: “Ye is still in the building and Kanye and team have created a studio space, living quarters and even [has] a chef to prepare his meals inside MBS.”

He was also spotted at the Atlanta United soccer game at the stadium over the weekend, wearing the same red outfit he wore for his listening party.

Meanwhile, Kanye revealed he and Jay Z have put their feud behind them as Jay appears on the album, marking the pair’s first collaboration in five years having last teamed up on Drake’s 2016 track, Pop Style. Jay can be heard rapping: “Donda, I’m wit your baby when I touch back road / Told him stop all that red cap, we goin’ home / Cannot be with all of these sins casting stones / This might be the return of The Throne / Hova and Yeezy like Moses and Jesus.”

And according to Young Guru, Jay’s verse was added to the song just hours before fans got to hear it for the first time.

Kanye was supported at the listening party by his estranged wife, Kim Kardashian West, their four children, and her sister, Khloe Kardashian.

The album preview also revealed both Playboi Carti and Roddy Ricch appear on different songs on the record, along with Travis Scott, Pusha T, Baby Keem, Lil Baby, and Lil Durk and the late Pop Smoke.