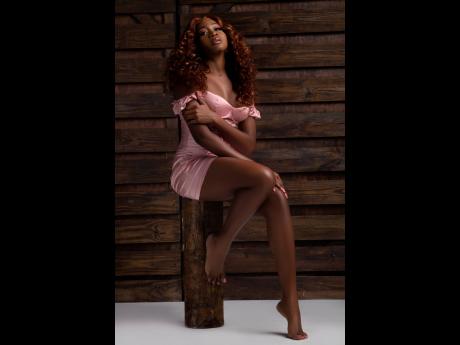 Contributed
Up-and-coming Jamaican singer and daughter of Admiral Tibet, Shavanique Allen, known as Shav-A, is the female voice on the ‘No, No, No’ remake. 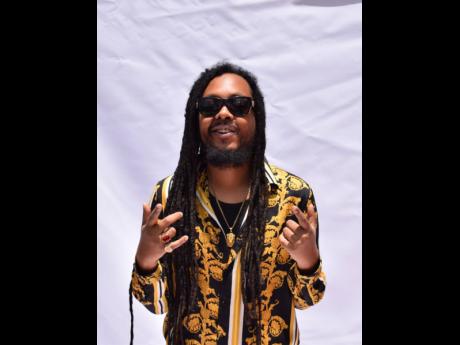 Dawn Penn originally recorded a version of American R&B singer Willie Cobbs’ song You Don’t Love Me in 1967, but the true power of this song was not unlocked until 27 years later when she did a dancehall-rock steady remake of the track and titled it You Don’t Love Me (No, No, No) to wake the town with a hard-hitting anthem for women. There’s no Sunday old hits record-spinning without the reggae classic, or as South African artiste Don Dada told The Gleaner, “It’s one track that must be played when the whole family gets together on a Friday and rock to.”

He added, “I think every reggae-appreciating household has played that song at one stage or another. I grew up seeing African generations listen to Dawn Penn. I’d love to meet her.”

Don Dada, whose given name is Menelik Nesta Gibbons, said that the wish may become a reality with the latest musical project he is part of, titled No, No, No, with up-and-coming Jamaican singer and daughter of Admiral Tibet, Shavanique Allen, known as Shav-A. Several artistes, locally and internationally, have done their covers of the song, including Rihanna and Beyoncé. However, this Sly Dunbar-Gary G remake, which comes like the hit did, 27 years later, has no overly dramatic structural changes; instead, the instrumental backing is more relaxed, and there’s a stirring rap and dub poetry-like flow in the way Don Dada delivers his lyrics.

In May 2021, producer and musician Sly Dunbar was a guest on Don Dada’s online radio show, which he said marked a beautiful beginning.

“It’s been a blessed journey from interviewing the legendary and great Sly Dunbar, and we had a good conversation, which in turn helped forge a good relationship from there. The song was commissioned to Shav-A originally, and I was brought in to add the male voice on the song,’ he said. “We’ve given the song a twist never heard before, and with that, we want people globally to feel the combination of energy and for the original singer to love it. The genealogy of this song is incredible, and for the first time in its history the song has an African artiste, making it an important feat for my country.”

As an artiste who does not put himself in the category of reggae, pop or hip-hop, Don Dada explained that to be featured on a Jamaican track is only one part of the accomplishment — the other part is representing a new sound and style out of Africa, especially in some of the hardest times, Don Dada shared. The song is currently being distributed by Content Connect Africa and is available on digital streaming platforms from Stone and Ruff Cutt Studio, owned and operated by Don Dada in Northcliff, City of Johannesburg.

“I’d love to do more collaborations with Jamaicans, and specifically females like Queen Ifrica and Nadine Sutherland because they are classic yet still relevant in the space,” Don Dada said. He has collaborated with women like Andrea Davis, but not on the recording side of the music business; for International Reggae Day activities, he partnered as a broadcaster. He is also focusing on working with young entertainers with a passion for reggae music.

“There’s a lot going on in Johannesburg, from the deaths from the global health crisis to the riots – it’s been rough, but we continue to push forward with the music. No, No, No is a big song, and we would love to see it make [ Billboard charts]. Through Ruff Cutt, I am expanding the work in a direction that I can help different communities and connect with the legends of reggae music, those who have been making a huge impact,” Don Dada said.