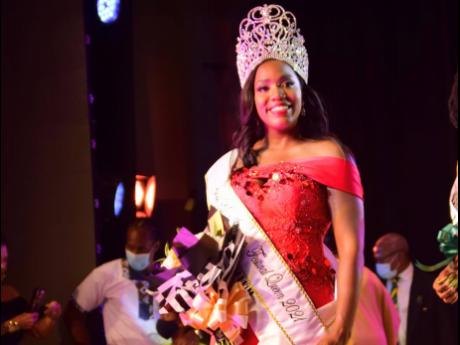 Staged at the Little Theatre in Kingston, live streaming of the event was made available to all via Facebook and YouTube. Many also tuned in to Television Jamaica to see their favourite queen on television.

Before the competition, Reid, the 25-year-old daughter of Karlene Kelly-Reid, Miss Jamaica Festival Queen 1991, said she had hoped to repeat her mother's success in the competition, and she did just that.

Thirteen phenomenal women vied for the coveted crown. The contestants were judged on talent, poise, confidence and intellect. The absent audience, due to the pandemic, didn't deter the aspiring queens from bringing the energy and delivering show-stopping performances. Trains of charismatic skits would often be broken by high-spirited melody.

With poise, presence and grace as main criteria for evening wear, beauty and purpose were placed on fabulous display.

Using the hashtag #FestQueenJa, fans were encouraged to show their support for their festival queens of choice. Viewers at home were even invited to vote for the Best Gown. That prize went to Miss St James, Morganne Kellier.

"This competition was created to encourage young girls to be cultural ambassadors," Minister of Culture, Gender, Entertainment and Sport Olivia Grange said during her address, noting that the festival's pageantry focuses on inner beauty and being a beacon of hope to all.

The expert panel of eight adjudicators had a very difficult decision to make. But only one contestant could be crowned 2021 Miss Jamaica Festival Queen.

Reid, a dental surgeon and graduate of The University of the West Indies, St Augustine campus, not only took home the crown and the title — she also walked away with four sectional awards for Most Active in her Community, Best Use of Social Media, Most Culturally Aware Queen and Best Performance for the Evening. Other sectional prizes of Most Congenial and Most Poised went to Miss St Ann, Amanda Marsh and Miss Westmoreland, Nakinskie Robinson, respectively.

Miss St James, Morganne Kellier was the second runner-up, while Most Poised, Robinson, was the first runner-up.