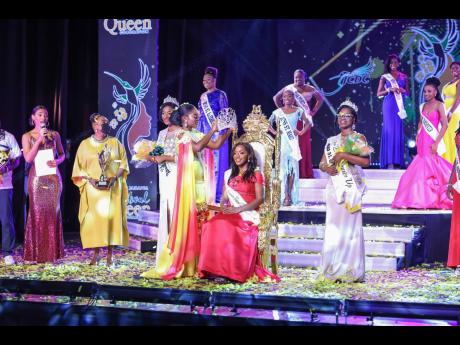 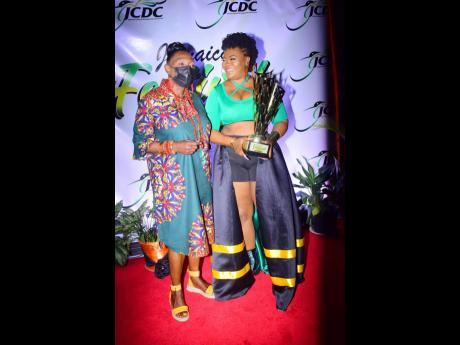 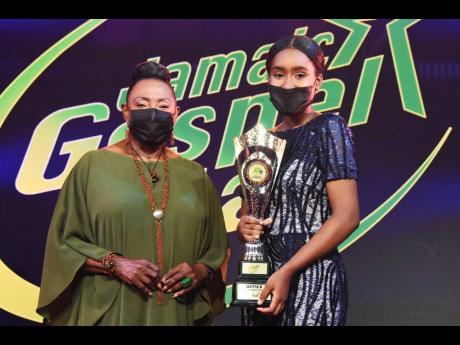 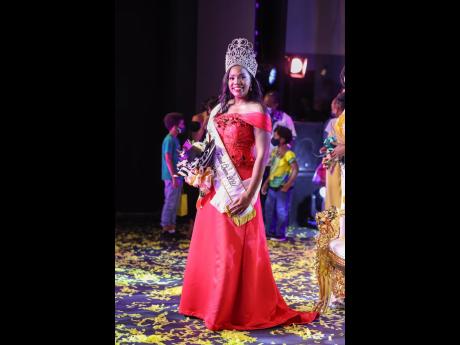 Dancehall artiste Stacious became only the fourth woman to win the Festival Song Competition in its 55-year history. The Festival Queen competition had its first mother-daughter winner, with Dominique Reid being crowned exactly 30 years after her mother won the competition. The new Gospel Star competition had its grand final on Sunday, and Erica Lumsden took top honours. A pleased Hill noted that the winners were “deserving”.

“This is the first year of the Gospel Star competition, but it is an extension of the usual Gospel Song Competition. We did a little modification with the intention of creating more diversity in the performers. They could enter either an original song or another song of their choice, but during the competition, they were expected to go deep into themselves and perform songs from various categories such as contemporary gospel, traditional gospel, country gospel, or dancehall gospel. The finalists received immeasurable exposure from the competition as they step into their own as gospel artistes, and we also provided assistance in terms of their personal delivery, vocal talent, and stage presence. Ultimately, we had a deserving winner,” Hill told The Gleaner.

The Gospel Star winner was selected on Sunday via a combination of votes and a panel of judges, unlike the winner of the Festival Song Competition, which was decided by public voting only. “Each week, it was 50/50 right up to the fourth and final show. We had five finalists, and there was no clear-cut winner going into the grand final,” he said.

Hill explained that with the Festival Song Competition, the method of 100 per cent public vote was continued from 2020 when it was introduced owing to the pandemic. “Last year, we changed the assessment criteria from judging only to votes and continued it this year.”

Hill admitted that he was aware of rumblings and negative comments from some persons regarding this year’s festival song, but he fully embraced the winning song. “We are aware of some of the reactions, and I know that in certain quarters there is some disgruntlement, but firstly, I must congratulate Stacious on winning the competition. Jamaica Spirit is our Festival Song for 2021,” he stressed.

He added: “But when we meet for our post-review, that will be one of the topics. There is indication, and the Minister [Olivia Grange] has already hinted at it, that next year, we could use a different method - perhaps, part judging and part votes, similar to the Gospel Star competition.”

In extending his congratulations to the new Festival queen, he highlighted the history-making occasion and expressed pleasure that there were now two generations of Festival queens in one family. “We congratulate Dominique and her mother. This is great,” he said.

Hill said he was extremely pleased that there were so many young persons in the contests this year. “If our culture and our traditions are to grow, we need the involvement of the new generation. Next year will be Jamaica 60, and we will be having a major celebration. After we close off this year’s series of activities and do our post-review, we are getting straight into plans for the sixtieth. There will be no pause. It will be a combination of in-person and live-streamed events, and each year, we are happy to see more and more persons celebrating with us online. Irrespective of where in the world you are, you can be a part of Jamaica’s 60th celebrations,” the chairman of the competitions disclosed.

The JCDC closes off its series of events this week with televised and live-streamed Independence celebrations. “On Thursday, we will have an Evening at King’s House, courtesy of the governor general, and on August 6, Independence Day, there is a made-for-television special, Jamaica Independence Story. We are a party people, so on August 6 and 7, we will have a street dance. But it will be online and in your living room. Just move away some of the furniture and get together with family and get the party going,” Hill urged.

The theme for this year is ‘Jamaica 59: Come Mek We Celebrate Online’.

Editor's Note: A previous version of this article stated that Orville Hill is the interim executive director of the Jamaica Cultural Development Commission. Hill is the chairman of the Festival Song and Gospel Star Committee.