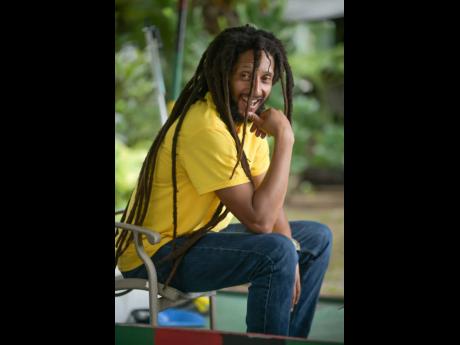 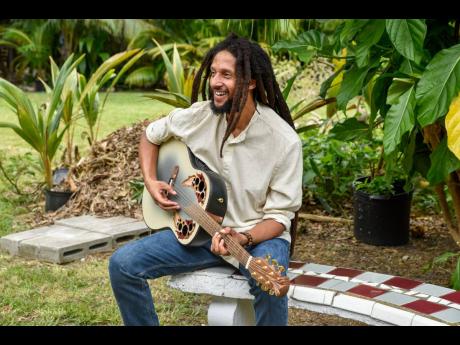 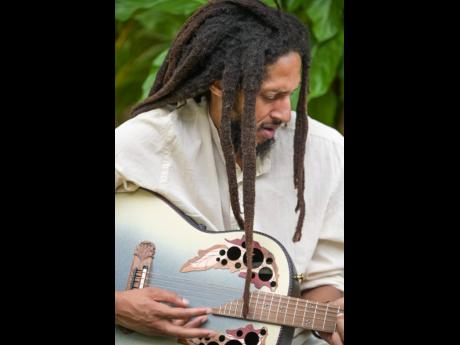 Grammy-nominated artiste and cannabis impresario, Julian Marley, has the coolest tone. His speaking voice even sounds the same when he sings, and on songs like So High, one of Julian’s latest hits, there is a comfortable air that surrounds him. He also portrays this visually, and in the video created for the track, which he says is actually about the natural high of love, there is an even deeper expression from the reggae singer-songwriter. “It’s a great song; I could feel the energy coming from the rhythm and then the goosebumps when the lyrics start to develop,” Julian told The Gleaner. The album it appears on, Reggae Vaccine, was number one on the Billboard Compilations Album Chart, and recently the track peaked at the number two position on the US iTunes Reggae Singles Chart, but talks about sales and statistics are the farthest from Julian’s mind. He shared what matters most to him in this week’s Five Questions With.

How do you feel about ‘So High’s’ success, and were your expectations of the track originally focused on it doing well on the various album charts globally?

I never really pay attention to charts. The expectations are within yourself from before even writing a song. I can’t take any credit; I give all the credit to the Almighty. As I said before, you have to give yourself goosebumps first, and if there is a song that doesn’t give you goosebumps, it simply means it was written so fast that you didn’t get enough time to. It should be the same goosebumps or feeling you get when you perform, and you feel the message being translated to the people.

Is there a particular way you want listeners to interpret the song?

Well, the video was done in a nice, outdoor theme — a picnic by the lake — with all the elements to give the acoustic, organic feel. And I know So High will be interpreted in many ways, but overall, I just want it to speak positive messages. To say, we are so high above the traffic and confusion that Babylon put on the earth, so high above the wall instead of our minds being against the wall, and that’s whether at work or in a relationship.

With all that’s happening with tours being cancelled and the pandemic still very much present, where is your headspace as you prepare to go back on tour?

The tour that’s coming up, the Straighter Roads Tour, is a continuation of the As I Am Tour, which we were expecting to start up before the pandemic, but we realise music is never over, and people still need that vibration. I feel I have been progressive in writing and production, even throughout the pandemic time, I have found grace to keep conscious and productive. Obviously, now, the set will be spicier as we will play new songs we would not have been playing two years ago. Sometimes we get a pause and end up with five more new songs.

Aside from writing and working on new projects both in music and business, what have you been doing to maintain your mental and physical health?

Outside of writing and recording, I do a lot of running, exercise and reading. I find jogging by myself; it helps me. Even though a person have to know how to be comfortable with himself or herself, I find the time when persons learn something is on their own.

You’ve been doing a lot of education and brand expansion of the Juju Royal brand, tell us about the latest product, the Comfort Salve?

Another extension of me is the herbal business, more categorised under the medication side of the cannabis business. It’s all about healing and teaching. First of all, herb calm down every nerve in your body; whether you drink it or smoke it or rub it on, it is good for the body in dosages. And the education on herb is important, and because I am knowledgeable about the plant, that’s how I could come up with a salve. For me, sometimes, I am running a lot, and you end up overrun yourself, you pain up a bit, but I saw that when I rub on the salve, it helps me. It was good to know it works, and I wanted to help others.

BRAWTA: Have you been keeping up with the Nzinga case, and how do you feel about it?

I have not been able to speak on this topic because I am way over on the other side of the world, and sometimes being way over here, we don’t hear information or full details on the topic. However, to be living in the 21st century and hearing we are still allowing the trimming of such sacred people in Jamaica, Rasta … it kinda get me vex because I an’ I is Rasta. That’s why I haven’t spoken about it because I didn’t know how to speak. I can only think, if it wasn’t for Bob Marley and Marcus Garvey and others, I don’t know what would happen for Rastafari revolution — people travel to the island because of Rastafari, reggae music, and the message of unity and upfulness that we set out in the world. To see a case like this now, it feels like they don’t respect that. Them better make things right.