‘Balla’ at risk of being cut 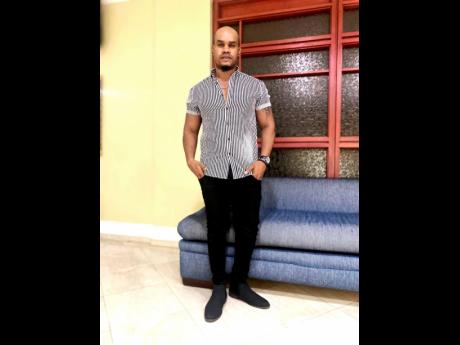 Contributed
Fabian Barracks, writer, director and founder of Barracks Entertainment, said they may be forced to stop the production of ‘Balla’ if they are unable to secure funding.

As its first season draws to a close, YouTube series Balla is at risk of discontinuation as the producers find it increasingly difficult to keep the cameras rolling. The brainchild of writer and director Fabian Barracks, Balla follows the life of teen football star Romello Bright as he navigates the complicated world of lust and love in a high-school setting. Racking up an average of more than 100,000 views per episode, it has become quite the online hit.

“We have all intentions to shoot season two of Balla in September and October and release it in November. We are hoping that we secure enough sponsorship so we can start executing those plans, but the reality is, a series like this is costly. Anybody who is into production can tell you that a series of this nature can run you into millions of dollars in production costs. For season one of Balla, we spent more than $2 million, and sponsorship, unfortunately, hasn’t even covered a quarter of that. We had partners who placed ads here and there throughout the show, but everything else would have been coming out of my pocket,” Barracks shared.

Outlining that his team’s plans for Balla season two includes expansion, Barracks said they intend to pay the cast this time around. He expressed gratitude to the actors and actresses involved in season one, indicating that their roles in the debut season were not incentivised. “Everybody, for the most part, has been doing this free of charge. They are not getting paid for the season — writers, everybody. Most of the money that we’ve earned from the views have gone to assisting with transportation for the cast and crew, as well as feeding them, buying costumes and securing props,” he said. “We want to do better for season two. We want to at least give the actors and actresses a stipend. They deserve that.”

Barracks disclosed that he and his team have since set up a GoFundMe account to raise funds to offset the cost of production for season two. But lamenting a lack of support for entertainment products of this nature, the writer and director revealed that since the page went active on August 9, donations have only totalled US$333. They have a target of US$50,000. “One thing that really disturbs me is how demanding viewers on YouTube are. They want longer episodes, and if the episode is late one week, dem cuss. When Laa Lee came out, dem cuss, but they don’t understand just how much goes into bringing this all together. They don’t appreciate the stress and the money needed to keep this going,” he said. “We’re getting thousands of views per episode, and if those viewers could donate a dollar each, we would reach our target. Even if you can’t give, beg someone to give even a dollar to support this show you enjoy so much. It would really go a far way.”

The producer says the team decided to go the crowdfunding route because they want to continue making the episodes available for free on YouTube. He stressed that with most of the Balla audience being young people from a lower socio-economic background, it would be unfair to ask them to pay for the content. It is to that end that Barracks revealed that should the GoFundMe fail to generate enough funds, discontinuation of the series is highly likely. “Fifty per cent of our viewing audience is young people, so we don’t want to get to the stage where we ask people to pay for viewing. We know the socio-economic challenges, and that would be like a slap in the face for our loyal viewers. We are not expecting people to have the means to pay for this kind of entertainment, so we decided to ask that same audience to donate at least a dollar to the GoFundMe,” he said. “I strongly believe that if the funding doesn’t become available, we have to stop production. All the actors do this for free. They see the work and are on board with this. It brings them so much joy to see themselves on the screens every Friday, but I can tell you that joy does not pay the bills, and I strongly believe the talent, most of all, deserves to be rewarded. I don’t think it’s fair to ask them to do this for free again.”

In addition to the GoFundMe page, an account has been set up with Sagicor Bank, Dominica Drive, to facilitate donations. The account number is 5501785719, and the account name is Barracks Entertainment Productions.