I will never be a pop star — Dalton Harris 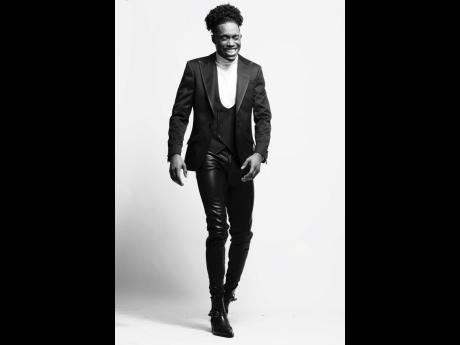 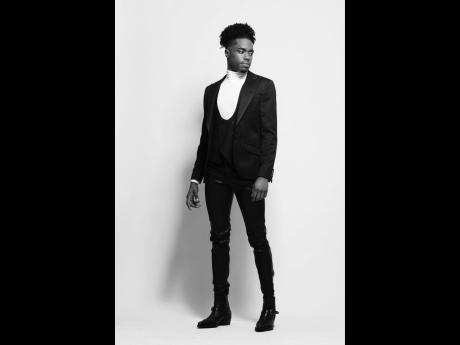 It’s late evening in Jamaica, almost midnight in the United Kingdom, but this megastar is up and about for the interview, which is somewhat strange waters for him to tread. Dalton Harris had withdrawn from the public eye, embraced being a hermit, and just put all his energy into getting closer than ever to himself and his goals. “I think for the last couple [of] years, it has been best I focus off, avoid what bothers me. I still have social anxiety. I don’t go out – just gym, work, and home – unless I’m going with someone I know. If I was to go out in a crowd by myself, it would be hard, but with performing, it’s easy, and now, it is back to work, and I figure talking to someone won’t hurt,” Harris said in a tone that would make anyone who interacted with him before now pick up on his new sense of self-confidence and contentment.

The conversation moved straight into what has been keeping him busy over the past four months and how the pandemic quickly changed his plans.

He has done a few shows in recent months across the United Kingdom, but the singer shared that he has his first performance “as Dalton Harris” next month, but performing live isn’t the only thing he is returning to. After two years off the stage, Harris is happy to announce stepping on to Broadway with the production Closer Than Ever, which will be available worldwide, streaming via BroadwayHD. It is an unexpected, eclectic mix of characters and expressions harkening back to the days of Harris’ time in high school when he fell in love with music, stage performance, and theatre arts.

“As a child, I knew what I wanted to do, but you know when you’re young, you don’t always get to say what you want to do. So, I didn’t see it as a transition, more so doing one of the things I can do. I remember being on the X Factor, and everybody’s expectation was for me to become a pop star, but my plan is to release music strategically at the right time …. I will never be a pop star,” he told The Gleaner.

He added: “I am constantly asked, ‘Where is the music? You’re an artiste. You need fi get ahead or book that one stage show’. But I wanted my talent to speak before the person. The aim is for a wide-spanning career that can take me anywhere instead of focusing on one thing; honing in on my value as an artiste, knowing your talent and gifts as an artiste. Why not use it for as many things as possible? Everything that has happened, even the public humiliation, I have always known something like that could happen, and I didn’t want my career to be based on people’s perception of my life choices. Knowing I am a Jamaican person in that environment, I wanted to distinguish myself from that, and I wanted to do way more than produce records.”

That dream started to come true after winning the UK’s ‘X Factor’ competition in 2018, and he began working with Simon Cowell’s record label Syco Music. His recordings The Power of Love, Girl Like You, and Cry all peaked in the top ten of iTunes charts. Harris booked a few shows, dedicated himself to working in studio, and recorded over 100 songs, but the pandemic not only caused the industry to shut down. Cowell’s label suffered a loss, and it closed its doors.

“We were to release another track, but then that happened, and I didn’t want to just release my music because I am a performing artiste. It was a good run. They wanted a 12-track album, and I delivered more songs than that. I yearned for live performance. I want theatre, Broadway, film, and I wasn’t going to release my music as an independent artiste in the middle of a pandemic when there are no concerts because you can’t tour to perform your music. It was good to release music by itself, and let it live on its own, without doing a lot of promotion because that’s how I want to lay my foundation first, especially now when I am rebranding my career,” he said

Harris added: “People really still don’t know what I can and cannot do. You sing and have fun, but it’s not all I am. I am more than the reggae singing, pop-ballad harmonising talent. There are many styles and genres to sing, create, and perform. Just like acting, storytelling, and creating films, it’s more creativeness and writing than just turning up and being a so-called star or celebrity. But I will definitely have music that we will be very excited for once released. They will be shocked to hear and see.”

THE CALL oF BROADWAY

One Sunday evening, when Harris would normally lock down and lock off all devices, his agent, Benjamin Newsome, sent an e-mail sharing the news of an opportunity to work on Broadway. The singer-songwriter would have to learn 14 songs in two weeks, so he shut it down because of self-doubt. After a few minutes, with him looking at the decision he had made unthinkingly, he picked up back the phone and accepted the role.

“It’s something I always wanted, but I guess when it came to me, I was flabbergasted. When it comes to Broadway, there is so much discipline. The songs are long, not just a typical one verse and one chorus. We had a week and a half to study before going on set, and then on set, we had about four or five days to learn all the material, know all the choreography, stage blocking, and harmonies. It is about unrequited love and passion and [the] struggles of life. In one of the songs, it says, ‘you found yourself on the girl’s roof outside when it’s raining, stealing her teddy bear’ and all sort of things,” Harris said with a laugh, and we understand the reason as his role is that of a ‘crazy youth’, and then it transitions from that to being a good man and taking care of family.

“It shows how mental health can be an issue and how people struggle with body image, and then there is the message of female empowerment and taking a wild ride on just the human affliction which is life, and how experiences are created and we have a choice to improve, learn, or take away from those experiences. It has been so rewarding,” he said.

“Music has always been a vehicle which has taken me places, not just physically, but mentally, and I am grateful because me know where me a come from. I wanted a big career based on music, and I am grateful to have my advocacy and career I have now. When I step into rooms, I am almost always the only black man. I am the only person of colour on the cast for this production, and it shows me how important representation is. That brings me back to [the fact that] obviously, I cannot do an interview and not mention that I am an advocate of LGBTQIA rights because it is something that is dangerously mishandled, and I am trying to be a beacon for people – not push anything down nuhbody throat. To show there are people in the world that are gay, and they deserve to live as freely and happily as anyone else. I feel like through working towards that and using my documentary, which I am doing, to shed light on the issue, I am championing the idea of breaking barriers and boundaries,” Harris said.