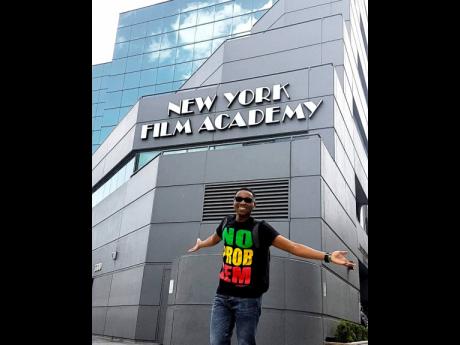 Contributed
Tarik Holmes, a 2017 mass communications graduate from Northern Caribbean University in Mandeville got the opportunity of a lifetime to pursue his masters at New York Film Academy in Los Angeles, California. 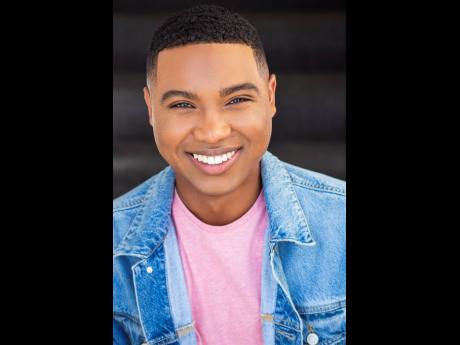 Contributed
Holmes’ short film ‘Aftermath’ has been making rounds in the festival circuit in the United States, and the film-maker, who has been back in Jamaica since the pandemic shut down the California movie scene, is relishing every moment of its success.
1
2

A telephone conversation with a friend who encouraged him to apply for a student visa to attend university in the United States was a major turning point in Tarik Holmes’ life. Unbeknown to him, the friend subsequently went ahead and contacted the university and supplied them with all relevant details, after which, seemingly “out of the blue,” Holmes received a call from the school.

The 2017 mass communications graduate from Northern Caribbean University in Mandeville got the opportunity of a lifetime when, upon submitting the required monologue, he was accepted into the highly sought after New York Film Academy in Los Angeles, California, to complete a master’s degree.

An elated Holmes, who even received a partial scholarship, shared that he now has the distinction of being one of the first Jamaicans to have attended the prestigious institution.

“It is an honour to represent my country and my culture in this way. It was eye-opening to be the reference and educate people about Jamaica. And I had to brush up on my Jamaican history,” he admitted with a laugh. “They would ask me if we really say ‘Yeah, man,’ all the time. A lot of questions were about Bob Marley, Jamaica’s independence, and the food,” Holmes said.

For him, life became a stage. “I felt like I was living in a movie set every day. [There were] so many classes about techniques, drama, how to immerse yourself in the role. They made me fully practical and taught me how to write, produce, and direct. It was 18 months of full hands-on training. We were on set doing screen-writing classes, and the lecturers were either persons who are still active in the industry or who had made their mark,” he said.

And one of his projects while at the academy is still resounding loudly more than a year after his graduation: his thesis, which was to create a short film.

“We were given options, but I wanted to take the challenge of both writing the script and being the executive director. As an acting major, I had no choice I had to be the lead in the film. For me, family is very important. When I left to go to the US, I felt like I was missing out on major milestones in the life of my brother, who is six years younger than me, and I was really missing my family,” he shared. All of that emotion was encapsulated into a 10-minute short film titled Aftermath, which he describes as “an amazing experience”. After securing funding, he recruited a small team, and the entire film was produced in two days. The film’s synopsis states: “A young man abducts his older brother for ransom as revenge for their estranged past, but how much of the truth does he really know? At its core, Aftermath is a story about family. It centres around two brothers who were separated as kids and how their paths have led them to this moment 10 years later. Set in 10 minutes of real-time, it’s an intense exchange of revenge, resentment, fear, and ultimately, forgiveness and love.”

Aftermath, not surprisingly, is going places. It has been making rounds in the festival circuit in the United States, and Holmes, who has been back in Jamaica since the pandemic shut down the California movie scene, is relishing every moment of its success.

Although he is intent on getting back to the US, where he was busy building his portfolio and his reel, and even secured a spot on Insecure, starring Issa Rae, Holmes has been discovering that the Jamaican film scene is full of energy.

“I am meeting and networking with some amazing Jamaican creatives – producers, directors, [writers] and cinematographers. Dennis Fyffe, one of the best cinematographers around, has been my guide. I am excited about going back, but I want to take in the vibe and the energy that exudes from local creatives,” he stated.

He added, “For now, I am simply fascinated at the possibility of making my dreams come true.”