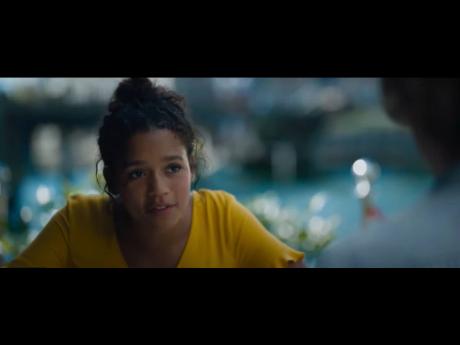 Uncovering what they have in common

Six people unwittingly find themselves locked in another series of escape rooms, slowly uncovering what they have in common to survive. Joining forces with two of the original survivors, they soon discover they’ve all played the game before.

Escape Room – Tournament of Champions is a psychological horror film directed by Adam Robitel and written by Will Honley, Maria Melnik, Daniel Tuch, and Oren Uziel. It is a sequel to 2019’s Escape Room, and it stars Taylor Russell, Logan Miller, and Deborah Ann Woll reprising their roles from the first film, alongside new cast members Indya Moore, Holland Roden, Thomas Cocquerel, and Carlito Olivero.

Ahead of their divorce, Guy and Prisca Cappa take a final family vacation with their young children Maddox and Trent. The hotel manager at the tropical resort recommends a secluded beach, which seems like the perfect spot for the family and others on the shore, until bizarre occurrences spin them all into a horrific nightmare.

Old is a Blinding Edge Pictures production, directed and produced by M. Night Shyamalan, from his screenplay based on the graphic novel Sandcastle by Pierre Oscar Lévy and Frederik Peeters. The film is also produced by Ashwin Rajan ( Glass, AppleTV+’s Servant) and Marc Bienstock ( Glass, Split). The film’s executive producer is Steven Schneider.