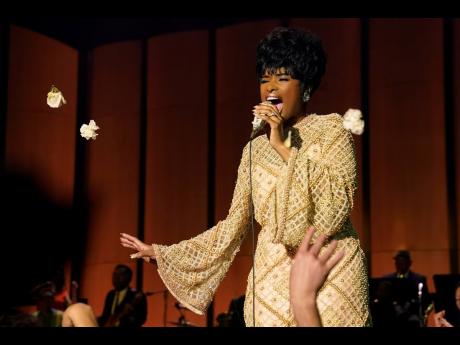 AP
Jennifer Hudson in a scene from ‘Respect’, which features the most famous of Aretha Franklin’s catalogue. 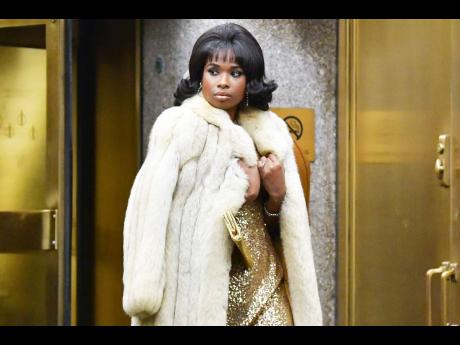 Contributed
Jennifer Hudson plays Aretha Franklin. It is a role she seems destined to play.
1
2

There are many roles that feel like the result of divine intervention — actors who come along at the right time for the performance they were born to play. For Jennifer Hudson, that destiny is manifested in Respect, as she pays tribute to the Queen of Soul, a role Franklin herself selected Hudson to play. Still, while the royal appointment was made, the rest of the film had the work of doing justice to the story of an icon. Thankfully, Respect delivers.

The film is a moving story that chronicles a young woman’s journey beset on all sides by the inequities of the selfish and the tyranny of evil men. From her controlling father to her abusive husband, much of Aretha Franklin’s story is portrayed as a tale of one of the world’s strongest voices being silenced at every turn.

The darker elements of this biopic give the movie a sense of despair, yet Hudson gives Franklin a quiet resilience throughout it. There’s a confidence she has in moments of dread. Whether it’s confidence in her talent or her trust in the Lord, Hudson moves with a faith that’s tested repeatedly throughout the film.

The movie is also a who’s who of the ‘60s and ‘70s. Legends like Dinah Washington and Smokey Robinson make brief appearances. Beyond the music, the film makes a point of Franklin’s activism. Respect is a wide-reaching and expansive film that takes a person who was larger than life and tries to fit in within a comfortable 2 hours and 20 minutes. For the most part, it succeeds. While some elements feel slightly underdone, it’s Hudson that brings the film together.

It’s an impressive performance that is only outdone by the film’s numerous musical arrangements. The most famous of Aretha Franklin’s catalogue gets played, with the film tying them together with the narrative. While some moments feel forced, others feel orchestrated, giving the movie some of its most standout moments.