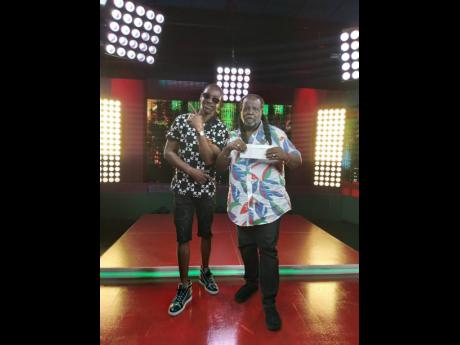 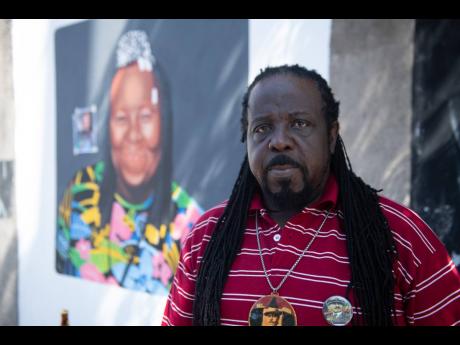 File
Philanthropist and music producer, Claude Sinclair’s good deeds are far too numerous to list. Now, having been diagnosed with an enlarged heart, he is in need of assistance.
1
2

Music producer, Claude Sinclair, is better known as ‘Big Stone’, and just for the record, the moniker is not a reflection of the condition of his heart. Actually, his heart, which is literally bigger than normal, is made of pure, refined gold.

A philanthropist, his deeds have seen him engaging in projects too numerous to list. However, he has been involved in helping to build a house in Arnett Gardens, St Andrew, for Patrick Duncan, a deaf senior citizen who was living in a rat-infested, old car; organised a benefit concert for down-and-out singer, Junior Byles, in 2019 and another in 2020 for sick teenager, Tracey-Ann Ricketts, who was suffering from a rare form of cancer in the face. On June 20 this year, Ricketts – whose plight had captured the heart of dancehall artiste, King Yellowman, owing to the similarity between her case and his – passed away. Sinclair was devastated.

“I took it extremely hard. A few days later [June 26], I started feeling a tightening in my chest and asked my neighbour to drive me to the hospital. When the nurse checked me, my blood pressure was 225 over 167. They told me that that was the level for a stroke or a massive heart attack. And the thing is that I never suffered from high blood pressure before. I was diagnosed with an enlarged heart, but the University hospital had no vacancy for me to see a cardiologist for the next six months,” the former member of the Jamaica Defence Force and the Jamaica Constabulary Force told The Weekend Gleaner.

A trip to the Heart Institute and a subsequent ECG confirmed that Sinclair’s condition was serious enough for him to be admitted immediately. “So I said okay because I thought it would be like $25,000, but when I heard that it would cost in the region of $750,000 and if then if they had to implant stents that would take it in the millions, I had to sign out myself from the Heart Institute,” he said, laughing at his own naïveté, and also at finding himself with the shoe on the other foot.

Sinclair, who has been a blogger for the past 10 years, and is also the brother of late, popular STAR columnist, Janet ‘Advice to Lovelorn’ Sinclair, has since made his situation known, and persons have been rallying to help him. A GoFundMe account has been set up by his friend Jannette Lumley and dancehall star, Rodney ‘Bounty Killer’ Price, last week made a contribution of $300,00 through his Bounty Foundation.

“The Bounty Foundation received a heartfelt message from Big Stone and decided to help the best way we could. We also encourage anyone who can help with this cause to please assist in whatever way possible,” Bounty Killer said.

That donation has now made it possible for Sinclair to set a date to do the angiogram test.

“Bounty’s manager, Bankey, called and asked me how much money I had, and I told him about $300,000. The next thing I know, I was invited to OnStage to accept a cheque in the same amount. I am not a rich man, my family and kids are in the States, and they help me out. Right now, I am feeling a whole lot better spiritually and emotionally, and also full of gratitude. I was brought to tears when I heard the legendary Bounty Killer giving me accolades. When Bounty said he watched my videos and that I am a philanthropist just like him, I lost it. A grown man of 64 actually teared up because he was being given his flowers while he was alive to enjoy them,” Sinclair said, sounding as if he didn’t know whether to laugh or cry.

He added, “I am not one to ask; I am a giver. It is always a joy for me to help others, especially the youth who I give a lot of motivational talks and urge them to stay away from the gun and use their God-given talents. I have been producing now for 20 years and have witnessed the growth of artistes such as Turbulance, Warrior King, Nesbeth and Mr Goddy Goddy.”

Sinclair was instrumental in setting the wheels in motion for Little Lenny and Richie Stephens to assist the late Yvonne Sinclair, and even with his diagnosis, he had been helping others. Two weeks ago, he made a donation to George Williams, the 72-year-old mentally ill man who was released from prison after being there for 50 years without a trial. “I knew that I had to assist Mr Williams. I was able to raise a little over $50,000 through the Rudolph Prendergast and Real Helping Hands foundations, and it gave me joy to drive to the country to deliver cash and groceries,” he shared.

A proud former member of the Boys Brigade, which he said instilled core values in him, Sinclair is a Garveyite and was instrumental in the visit to Jamaica in 2012 of Marcus Garvey’s son, Dr Julius Garvey.