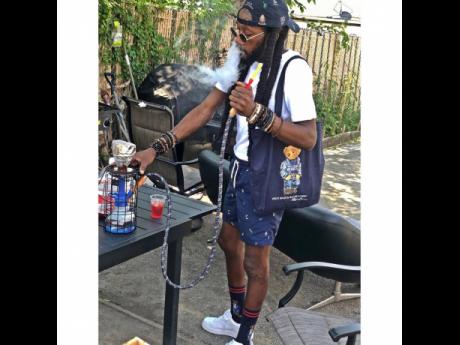 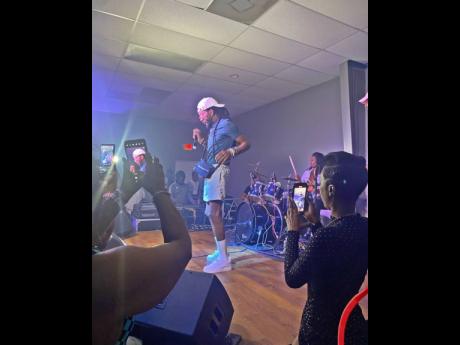 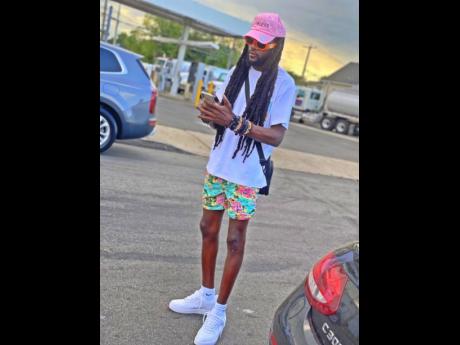 The name Shizzle Sherlock has become synonymous with memorable dancehall slangs – ‘think a chattingz’, ‘know di know, du di do’, ‘top coote’ – fashion and, increasingly, music. All three are definitely intertwined, and Shizzle has been clever and purposeful in his endeavours. For instance, it is not unusual for his slangs to be transformed into the title of his next tune. ‘Think a chattingz’, his most recognised slang to date, was also the title of his biggest song, and since then, he has continued to dish out slang and songs as couplets.

But before there were the songs and the slangs, Shizzle Sherlock made his name as a fashionista with his crew of three known as Sherlock Family, who became famous in the dancehall and then on the international circuit. His fashion sense is enigmatic at best and downright wacky, at worst. But, for Shizzle, it is simply about his boldness and undoubtedly his bravado.

“I was always the one who was willing to tek chances. Fashion is all about bravery; you have to be brave and control it. Sometimes, when yuh wear certain things, yuh have to stay one place, another time yuh can walk up and down. I used to go around and laugh with everybody, but me realise that when ah do that is like people want to gimmicks out the ting, so now I stay serious,” he told 5 Questions With.

For more than a decade, Sherlock Family ruled the roost, and Shizzle always rocked the most eye-popping get-ups in the most admirable of ways.

His unique fashion started getting a huge buzz in 2008, and this opened many doors for him. By 2011, he went solo, and a link with Lawless CEO Baby Cham resulted in Shizzle appearing in many of Cham’s music videos, among them Ghetto Story, Lawless, Back Way and Stripper Pose. He also started hosting his successful annual parties, while receiving quite a few bookings.

1. How did you get involved in fashion?

The interest was there from high school, but I also liked to play cricket and was good at it. But fashion won, and then I linked up with Sherlock Family, and things started moving in the right direction. Plus, mi fans dem inna the streets boost up mi ting, and me realise seh it a work. People start talking, and this led to bookings in places such as England, Canada, the US and the Caribbean.

2. What is your latest fashion trend?

Cute little shorts with T-shirts. From December 2019, me a set it. Mi wear it all through the summer of 2020 up here in the States, right up until now. Yuh see because my legs dem tall it fit mi. And we see everybody a rock it now. People go on my Instagram page just to see what I am wearing and how to dress.

3. What do you think of the below-the-waist trend for men?

Mi hate it! I was never a part of that trend! My pants is exactly at my waist like mi grandfather. And I do it clean. Me is not a cute person, me grow rough, and me is a black person, but you grow up and realise that yuh can polish up yourself and look good. Right now, if me go a road with pants below mi waist, me a go look grimy and police a go lock me up.

4. Has there been any drawbacks to being a fashionista?

I had to work harder because people start judge me as a ‘b’ bwoy because I will wear a pink shirt and dem fit close. People used to brand me with all the wrong name dem, but me never mek that change how me dress. A braveness sell my ting, so mi just continue being me, and the name dem never stick.

5. What is your newest slang?