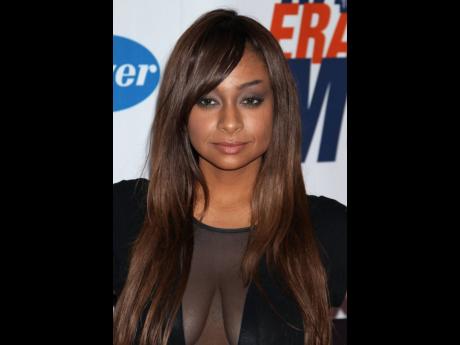 Raven-Symone has insisted that there was “no need” to make her Raven’s Home character a lesbian.

The 35-year-old comedy actress reprised her role of Raven Baxter for the series in 2017, and she admitted she had “conversations” with Disney producers as to whether they wanted her alter ego to reflect her real-life sexuality.

She said: “There was a conversation before the series started, and I was asked the question, ‘Would you like Raven Baxter to be a lesbian?’ And I said, no. I said no.”

The sitcom star – who came out as a lesbian in 2013 – insisted her stance wasn’t because she wasn’t “proud” of her own sexuality, but because she didn’t feel depicting the character as gay would be a true reflection of who she was.

She continued: “There was no reason for me to change the human that she was in order to fit the actress that played her. And Raven Baxter is a character that I was proud to play, even if she is straight, cisgender, I don’t mind. Let her have her moment. “

Despite her reservations about her character becoming a lesbian, Raven was quite welcoming towards the lack of men in her character’s life.

She quipped: “She was divorced though, and I had no worries about saying, ‘No boyfriends’.”

Raven’s Home is a reboot of the legendary Disney Channel sitcom That’s So Raven, which starred Raven as the titular psychic teen.

That’s So Raven was first aired between 2003 and 2007 and set a record at the time for the longest-running Disney Channel sitcom ever.

The reboot of the series follows an adult Raven Baxter and best friend Chelsea Daniels (played by Anneliese van der Pol, who also reprises her role) as they move in together as divorced single mothers who discover that Raven’s son has inherited her psychic abilities.