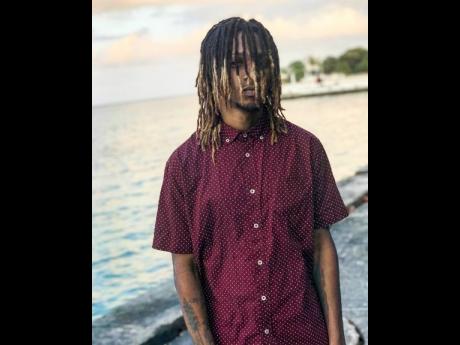 Contributed
Kyng Tavii says the C!an is a positive movement.

For the past two weeks, Kyng Tavii’s C!an has been blamed for trying to deactivate the social media accounts of influencers including Negus Imara and Able Boss. The narrative? Tavii instructs his superfan group to report the pages of those who speak ill of him, adding to an existing belief that the comedian is problematic.

But Tavii opted for the adjective “misunderstood”, clarifying that his C!an is a positive movement that only barks when provoked. In this case, Tavii said imposters infiltrated his group, which led to the C!an merely defending his brand.

“If you were in the C!an and see the energy weh we a push and you see how we deal with each other, then you’d have a different opinion on what I’m trying to create. All we spit is positivity and vibes, and all we do is talk about ‘big nose’ and vaccine. We talk about things weh can up in di youth dem mind certain way. We don’t indulge in mix-up and bad vibes,” Tavii told The Gleaner.

He established the C!an in 2020 which stands as a Telegram group of 1,500 members. Loyalty and trustworthiness are required to be a ‘C!ansman’, but the group is now closed due to the recent imposters. Despite what others may think, Tavii, whose given name is Tovaughn Hamilton, said the group’s mission is to show that unity is achievable in any system.

“Why I’m building this empire is because Jamaica lacks unity, and back then, I have always lacked unity with people in my surroundings and loyalty wasn’t really present, so this is why mi rush fi create an empire where loyalty, unity, guidance, and all those good stuff can be presented in that empire – not just for me, but for the young youths growing up, too. We have a good amount of elders in a di C!an right now weh a guide me and the youth dem certain way, so a dat we a try cultivate. When my career set certain way, we’re going to select a different talent out a di C!an and highlight them, so am I doing a bad thing?”

That is Tavii’s YouTube following, where he has posted original comedic skits and music over the past six years. He’s typically a one-man show, which he says he prefers until he finds the right collaborative talent. His solitude contributes to what he thinks is the biggest misconception about him.

“Because mi nuh really talk much, and I don’t really do much on social media other than my craft, and because of the silence, I think that cause people fi kinda nuh understand mi certain way or get the chance to. At the same time, I feel like it’s my fault cause I really don’t post my personal life out there, but I think that is the reason why people kinda misunderstand mi certain levels.”

The 26-year-old said maturity and self-awareness have helped him to navigate unwarranted opinions and criticism, stating that as long as the C!an approves, no other voice matters.

“When the group was 100 members, dem look out for me certain way, and to me that coming like mi family, so mi listen to them,” he said. “Whenever I make my funds, I even try to support others cause you know people nuh really fortunate nowadays, so mi try mi best fi help dem and dem help me.

He also finds solace in his music and aims to release “responsible lyrics” because of his influence. He released the Blkk Sheep album in 2020, which features the tracks Queen, Promises, and Light Found.