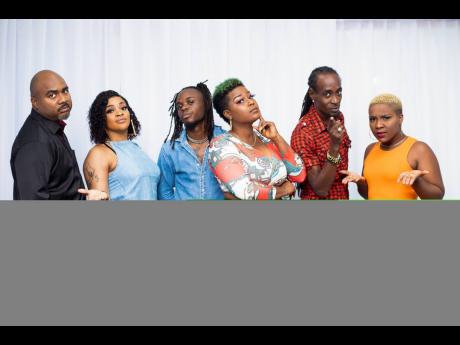 “It’s literally a local phenomenon,” choreographer-cum-film-maker Orville Hall told The Gleaner about The Bartender. It’s an accurate statement for the Dance Xpressionz dramedy series that has completely transformed Sundays thanks to its captivating cast and riveting storytelling. It is set to return on October 3 for its fifth season on YouTube.

“People can expect a more upgraded production in terms of the growth of the actors and characters,” Hall revealed. “I was recently looking back at when we just started, when it was just comedy, and when I look at our finale, I start realise seh we really have to lift the characters in terms of their growth and where we go with them so people can look out for that and more twists and turns.”

The season finale aired on July 4 and captured antagonist Carlton (Tesfa Edwards) at the root of various conflicts in the show. His ex-wife, Goodie (Stacy-Ann Facey) is trying to escape; his murder of Browning (Shenelle Rookwood) has ignited a gang dust-up; and his back-and-forth power play with Maxine (Dacoda Mitchell) culminates in her demise. The 73-minute episode also saw Shoppy (Mark Lyons) breaking free from the obeah hold of Carlton’s ex, Sandra (Georgina Jones), and Dogbed (Kavaughn Scott) recording his actual Jamaica Festival Song Competition entry. More than 200,000 people have watched the episode, including heads of television networks hoping to broadcast the successful series.

“We’ve had about three offers, and we’re listening to what they’re saying. There’s one that isn’t necessarily a TVJ or CVM, but they have cable-type things that they do. There’s also one in New York that is run by The American Chamber of Commerce Jamaica that we’re also in dialogue with to cover the diaspora.”

Sponsors have also come on board, one of which gifted Hall a Samsung S20 smartphone, an upgrade from the S9 he has been filming the series with. Local T-shirt company Eazy Nuh Apparel has also partnered with them to create a range of merchandise. Hall said that the endorsements are a testament to the growth of Dance Xpressionz.

“People see us now as a film company as well as a dance company, and the visibility that we now have in the US, Canada, and England has surpassed what we used to do with dance, or it has grown to another level,” he said. “I have my dancers walking out in the streets, and you’d think they’re on national television cause at one point yuh figure seh a dat yuh haffi deh pon fi people see you. Now we have people on YouTube who are local stars because of YouTube because we literally send people over there go watch.”

Their channel, Xpressionz Ja, is on the brink of 100,000 subscribers, a feat Hall says highlights that they’ve found their niche market.

“It’s a very competitive space, and I made a decision that I’m never going to go on YouTube with anything that is propaganda-based or nuh passa passa thing … I said we need fi find a niche fi weself and I think we found it so I’m very humbled that people gravitate to the work we we’re doing.”

The show’s popularity also comes with some scary moments. Devotees of The Bartender aren’t fond of the breaks in-between seasons, which has placed Hall under some pressure.

“Mi haffi stop watch the comments because mi get scared of what we created because people literally act totally dependent on The Bartender. Mi haffi remind dem seh other series tek six to eight months or a year to return, give me a moment. I’m also trying to develop content to keep people entertained until The Bartender comes back so mi haffi a beg people. We have a very fickle audience in that they will cheer you now and cuss you later because yuh nah feed the hunger, but it’s a good feeling to know is because dem love your product so much, so even in the cuss-out weh you a get, it’s because you hype them up and leave them there.”

Their other production, 1 Apartment, has acquired its own audience, which is now requesting a follow-up season though it was intended to be a short series. The show, adapted from Hall’s Tallawah award-winning production, exposed new talent while exploring societal issues like abuse and abortion. His upcoming project is a love story dubbed The Return, based on a script he wrote 17 years ago.

“This is not going to be a phone camera now, no disrespect to mi S9 weh mi start with and mi S20 weh mi now a use, but I’m going film, and I’m going to go a one hour and 30- minute movie, and it’s going to be streamed. I am already in dialogue with two platforms, and I have one member of the cast who is seeking out a couple film festivals.” Hall shared.