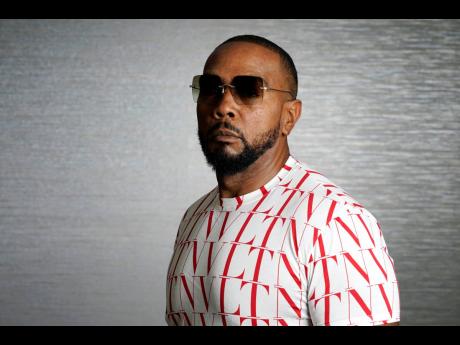 Timbaland paved his own way as a hit-making producer for elite acts like Justin Timberlake and Jay-Z, but now he’s creating a lane for aspiring music creators to collaborate with the industry’s biggest performers.

Through Beatclub, Timbaland looks to become a liaison between the unknown and the very well known.

“I know what it’s like being a kid sitting in a room, don’t know if you got talent. The way that this world is moving, how do these kids get their music heard,” said Timbaland, a Grammy-winning producer and songwriter who has worked with Beyoncé, Missy Elliott, Rihanna, Madonna, Drake, and more.

“This platform is a place where creators can communicate,” he continues. “I’m the head of the ship. But guess what, if you own a ship, you can communicate with me, and you get better. I can point you to a Lil Durk or Lil Baby and tell them to look out for this guy or girl and give that person a shot. That could be their biggest dream.”

On Monday, Justin Timberlake announced to AP that he was joining Beatclub as well. The singer said he’s currently working with Timbaland and Beatclub on his upcoming record.

“When Tim told me about Beatclub, the concept behind it, I thought what a great, brilliant idea,” said Timberlake, who has won three Grammys with Timbaland for Sexy Back, LoveStoned/I Think She Knows, and Pusher Lover Girl. The duo collaborated on five of Timberlake’s studio albums.

In a video first released to the AP, Timberlake said that the platform could be an avenue for creatives to connect, communicate, and share music without being in the same room.

“For people to have access to this type of tech and platform where you can share stuff, I find it really inspiring,” he said. “It gets me excited to collaborate with people I’ve never even met. Even the stuff we’re working on right now with my record, it’s all Beatclub. It’s Tim bringing in people who he’s found through this platform and bringing them to me.”

Timbaland predicted Beatclub will be extremely rewarding and educational to members, who can keep all their music rights and revenue, set their own terms for pricing and retain their publishing royalties. The platform won’t take any additional income from subscribers.

Beatclub was named after Timbaland’s record label Beat Club, which launched the career of rapper Bubba Sparxxx nearly two decades ago. The label ultimately folded, but Timbaland had an epiphany one night to keep the name alive, but with a different approach.

After he woke up, Timbaland instantly called his business partner Gary Marella – who worked with him on Verzuz – to tell him about his idea for the new digital platform. He felt encouraged to pursue the Beatclub idea after the success of the Verzuz series, which has two musicians facing off in a song-against-song battle.

The series was acquired by Triller earlier this year. The producer says that it has grown from being on Instagram Live to having in-person battles in front of an audience and could head into the touring space.

Timbaland said Verzuz improved his business savvy, while the pandemic reprogrammed his self-awareness.

“ Verzuz helped me dial back into my past,” he said. “It helped me with my people skills and how to deal with people without getting emotional and stop being selfish. It taught me how to think about both parties, my business and coming to a solution. You see, there’s a problem, but what’s the solution?”

Timbaland calls this time of his life a rebirth after struggling with substance abuse, a divorce, being overweight and unhealthy a few years ago. But he now has a renewed focus in his next phase after losing more than 100 pounds, with a fresh scope on his entrepreneurial endeavours.

“I was re-evaluating everything that was put in my life,” he said. “But I’m always a hustler. I’m always a pivot guy … . It’s about working smarter, not harder. That’s how I pivot.”