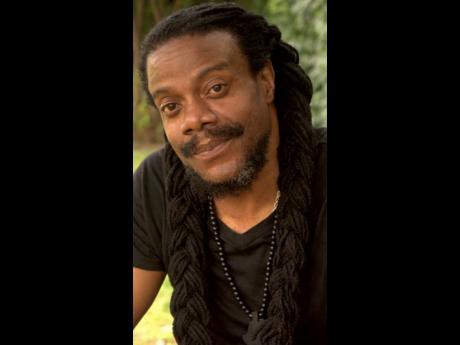 ‘Delayed but not denied’ is a prominent theme in the career of reggae crooner Chester Miller.

The Canada-based artiste is currently promoting his single Unity, a project he had hoped to release five years ago.

“When I wrote this song five years ago, Mikey fell into some hard times, so nothing was moving, and then COVID came,” Miller told The Gleaner. “He connected with a gentleman by the name of Tim Dub, and he came in on the mix. He heard the song and said it’s talking about things happening right now, so it should go out ASAP.”

Miller refreshed some vocals, and Tim Dub did his magic.

“How it was in the beginning, five years ago, is nothing compared to what it is right now because Tim Dub came in and restructured the whole track with the horns and harmonies and all the fillers.”

The fruit of their labour shows in online comments commending the quality of the production and the song’s lyrics.

“I have high expectations because people are really commenting and talking about how it’s conducive to what’s going on right now,” Miller said. “The production has that real, reggae, old-school vibe, so I think people are really gravitating towards it. The UK is more drawn to vintage, old-school type of reggae more than dancehall and some of the new styles right now, so I think it’s going to do well, especially on that side. I’m not sure about Jamaica; we’re still looking to get some airplay there.”

He’s gearing up to shoot the music video, which he wants to release in a few months.

LIFE IN THE PANDEMIC

Miller was raised between Jamaica and Canada and decided to pursue music in the late ‘80s. His first song, Never Run Away, was recorded at Channel One Studio and led to more releases and work with sound systems. His name started picking up when people began to spot vocal and physical similarities between him and Dennis Brown. Though he was wary of the comparisons out of fear that he’d be labelled an opportunist, he soon embraced the compliment when he met Brown in 1987 and received his endorsement.

Miller’s name shot into the spotlight once more in 2019 when he performed at the Dennis Brown Tribute Concert in Kingston. A new generation was being exposed to the man who sounds and looks like reggae’s ‘Crown Prince’, which led to several opportunities for Miller. One such opportunity is a tribute album to Brown spearheaded by show promoter Michael Barnett. Miller was supposed to return to Jamaica last May to work on the project before the pandemic hit.

“I was really looking forward to it, but it’s just delayed, for now. It’s gonna happen,” he assured.

Until then, Miller has been staying busy in the studio and taking care of himself.

“I even did a show over here in Toronto last month called ‘The Irie Fest’, which was virtual, and I got some good feedback on that,” he said. “I’m just keeping healthy, keeping positive, staying focused especially in these times and just trying to maintain good mental health.”