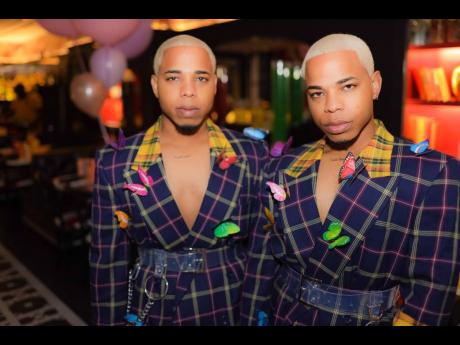 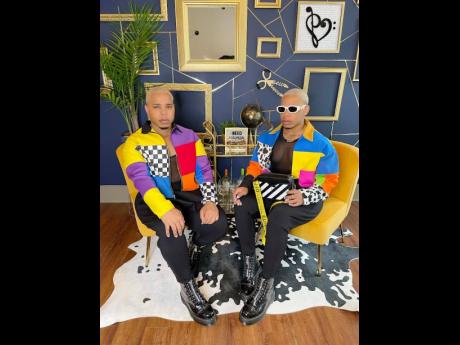 Contributed
At 36, YouTubers Carey and Craig Smith, hope to write a biography in the future and venture into acting and hosting red carpet events. 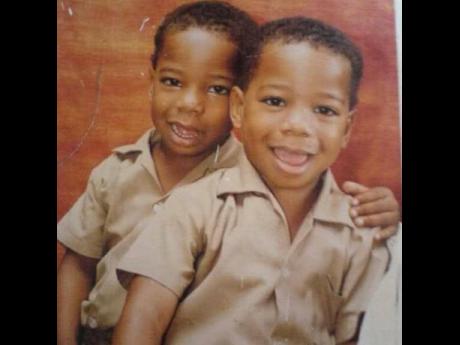 Contributed
The twins during their early days growing up in Jamaica.
1
2
3

Almost 15 years ago, Carey and Craig Smith said they were living a life of fear because of their sexual orientation. Today, the identical brothers, better known as Baddie Twinz, are leading influencers in the YouTube space who use their triumphant story to inspire, educate and entertain.

“It was very important for us to tell our story, because they’re a lot more people out there who are not brave enough to speak up, and we would like them to know that you’re not the only one that went through, or is going through, this,” Craig told The Gleaner. “There is light at the end of the tunnel … . You can move somewhere else, you can start a new life, and you can live your dreams.”

The Atlanta-based twins have been doing just that with almost 200,000 subscribers. Their uploads include mukbangs (with home-made Jamaican meals), which typically unfold with the day’s hot topics. They keep it diverse with an ‘In Di Kitchen’ cooking feature, storytimes, lifestyle vlogs, and collaborations with mukbang star Bloveslife, Wineo principal Tasha K, and The Chi actress Jasmine Davis.

It’s a far cry from their life in Jamaica, where they said they felt pressured to deny their sexuality to feel safe.

Both confirmed they were gay around 16-years-old. Though Craig did a good job of ‘passing’, Carey’s love life was discovered.

“We eventually got an ultimatum,” Carey said

They started living at Standpipe, St Andrew, the catalyst for their migration in 2007.

“We got threatened that we had to start bringing girls to the house or we’d have to leave, and I got threatened with a gun to my head,” Carey shared. “A lot of stuff happened in my past that led up to that, but that was the last straw.”

It wasn’t smooth sailing after relocating to the States, and it was difficult until they got their own place through income as valet attendants. Now in a freer space, they were ready to share their life journey on YouTube in 2013.

Their venture into the entertainment space wasn’t new. They practically grew up in studios as their dad is the former road manager of Buju Banton, and they were also active in the choir and drama societies. Though they recorded two songs in Jamaica under the moniker C², they didn’t take a music career seriously.

Their YouTube account was mysteriously deleted after they uploaded a video about homophobia in Jamaica. They bounced back with a new channel in 2017 and have since gained over 26,000,000 views for their content.

“There are so many people who write and email us saying they look forward to us posting every day and watching our videos,” Craig said. “They go through a lot, whether mentally or physically, and our videos are an outlet for them. It’s not only us providing entertainment, but we are also helping out people who are not necessarily well or just need to laugh.”

The space also makes them vulnerable to naysayers, who believe they are giving Jamaica a bad rap.

“A lot of things have changed in Jamaica, but people in the LGBTQ are still being discriminated against, they’re still being killed…” Carey said. “No matter what, we will always wave our Jamaican flag because we love our country, despite whatever we’ve been through.”

Their current focus is on a cookbook, which they hope to publish online before Thanksgiving in November. The e-book will feature Jamaican meals and their signature six-cheese mac and cheese, fried chicken and ‘baddie’ sauce. It will also be a tribute to their grandmother, who was integral in their cooking journey. She passed away in the summer.

The 36-year-olds also hope to write a biography in the future and venture into acting and hosting red carpet events. Craig further wants to have his own bag line.

As for their legacy, the twins chorused, “I want people to look at us and say they’re still resilient, preserving, determined and driven to go after what they want and not just be back there, overlooked in the shadows because of their sexuality. I want to let people know that you have one life to live, and you have to live it truthfully.