Oldest person to score #1 on reggae chart in Florida 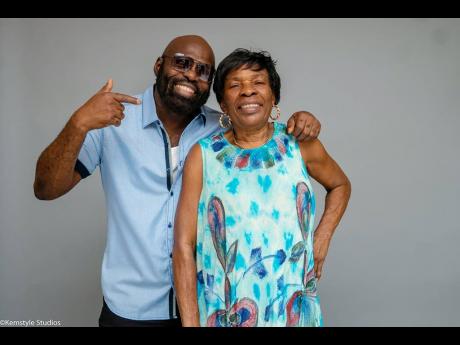 Last week, bloggers, vloggers, and YouTubers all revelled in the drama surrounding reggae singer Richie Stephens and General Ling as videos and subsequent interviews from both were splashed across both social and traditional media.

This week, Stephens is on a whole new journey - and one which won’t necessarily make front page news. He is revelling in the fact that his mother, Caramen ‘Mama Carmen’ Farquharson, has scored her first number-one song.

“I feel great,” was his answer to the usually polite and mundane, ‘How are you?’ which, this time around, was neither simply polite nor mundane.

And without hesitation, he went straight into the news about Mama Carmen.

At 71 years old, she is the oldest singer to have secured a number-one slot on the decades-old South Florida Reggae Chart with her song They Call Her Moses. Released on June 25, it is the first single from the newest album on Stephen’s Pot of Gold label. The album is titled Mother and Son.

“I am very proud of my mother,” Stephens, who does not hide the fact that he is a Mama’s Boy, said emphatically.

“The song is being heavily requested, and my mother is more than happy. She is on top of the world,” he added, explaining that he was speaking on her behalf because she was currently off the island.

Released in August, Mother and Son is riding album charts in both Florida and New York and has secured the number three slot in those states. “I was told by the distributor that the album is going well sales-wise. The title track, which is a collab with me and my mother, is also receiving heavy rotation,” Stephens said.

He is particularly happy that the collab is making a mark, especially because it promotes the theme of family, which he values.

“Let me sing the first verse,” he offered. “ A family that prays together always gonna stay together/God is just the greatest/They will be done living in oneness like mother and son.”

He shared that another song on the album, Never Let Me Go, has been added to the playlist of a national radio station in Brazil that plays all genres of music.

“I had a song years ago that went to number one on that radio’s chart. We sent them the album, and that is the song they chose. Dem love her. At 71, for her to be achieveing this is just amazing,” he reiterated.