‘Wonderful’ portrayal of Jamaica in ‘No Time To Die’ – Grange 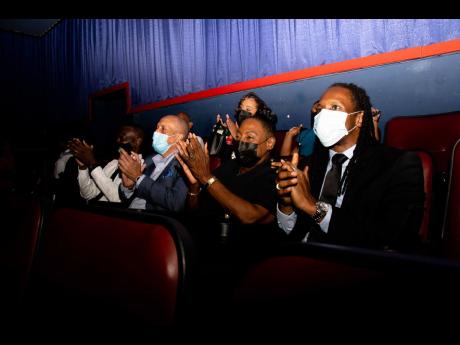 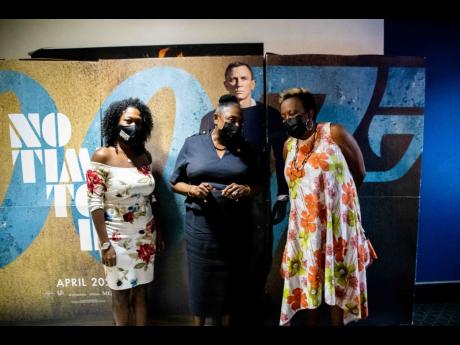 Contributed
Minister Grange (centre) in discussion with the Managing Director of Cinecom Productions, Natalie Thompson, line producer in Jamaica of ‘No Time To Die’, last Thursday at Carib 5 cinema. At left is Film Commissioner Renee Robinson. Parts of the film were shot in Portland.
1
2

Minister of Culture, Gender, Entertainment and Sport Olivia Grange is happy with how Jamaica was showcased in the new James Bond flick, No Time To Die. The film, she stated, “has really promoted destination Jamaica, location Jamaica, the culture of Jamaica – its warmth, its people, its vibes, its music, it’s just wonderful”.

No Time to Die, parts of which were shot in Portland, was due to be released in April 2020 but was delayed because of the COVID-19 pandemic. It is now in theatres worldwide.

Speaking following the first screening at Carib 5 last Thursday, Minister Grange said she was happy that the Bond film has now been released.

“The new Bond girl, Lashana Lynch, is of Jamaican heritage and it also featured another Jamaican actress, Naomi Harris; it featured the beauty of Jamaica; and it created employment for our crew in Jamaica in the various disciplines and skills that are necessary in making a film,” Grange stated.

“It took a collaborative effort and I’m happy we have seen the fruits of our labour and our collaboration. I’m proud to be Jamaican when I look at this film ... and there is an arrangement now where the film will promote Jamaica as a tourist destination,” Grange shared.

The Minister said the Government would continue to push Jamaica as the perfect location to make films.

“I just want to encourage other film-makers to continue to come to Jamaica. Make your films here. We have all that you need. We have the required skills and we have the beautiful locations.”