Micro influencer excited to be the face of ‘Brands and Talent’ 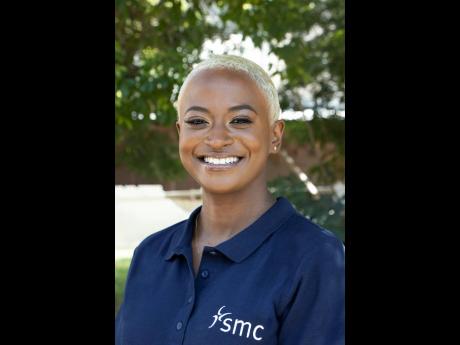 Contributed
Kadie Gordon is living her dream as she prepares for her new role as host of ‘Brands and Talent’. 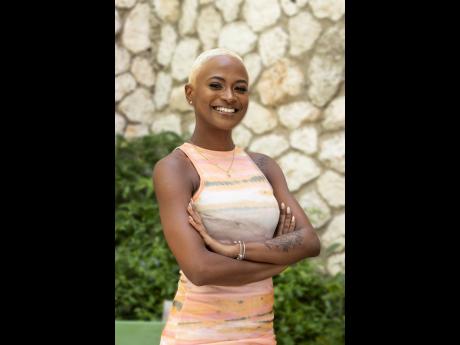 Contributed
Kadie Gordon will undergo intensive training and talent development to transition into her role in the international spotlight.
1
2

Kadie Gordon, a micro influencer with an engaging personality, has been selected as the face of The SMC Group’s upcoming digital series, Brands and Talent. Gordon, who came out on top following an extensive search, is excited about all that awaits her, as she becomes the first Jamaican to be managed by the group since it relocated its headquarters from London to the island earlier this year.

“I am extremely excited to go global and gain a cultural perspective. I am training hard and looking forward to sharing my personality with others. I’m looking forward to the development that I will undergo over the next year as I take this giant step forward in my career,” gushed the 28-year-old marketer, who holds a degree in entertainment and cultural enterprise management from The University of the West Indies, Mona.

Gordon will undergo intensive training and talent development for at least the next year to transition her into the international spotlight.

The SMC Group’s new digital series, which the creators say “will cover some of the world’s biggest and most exciting celebrity and influencer brand partnerships”, is set to go live on its LinkedIn page on October 25. Positioned as a first of its kind for the industry, Brands and Talent “is expected to become the go-to place for industry professionals to find relevant news on talent partnerships with global talents such as influencers and celebrities in fashion, music, sports, film, and gaming”.

Gordon, who celebrated her birthday on September 21, shared that it was during a period of reflection that the advertisement about the search popped up, and she decided to act.

“I have always been told that I have a bubbly, made-for-television personality, and when I saw the requirements for this job, I said, ‘Maybe I should try it.’ So I made the video, no make-up or anything, and sent it out. The following day, I got a message saying that I had been chosen for an interview,” she recalled.

Gordon admitted to having “some jitters” during the interview, which was via the Zoom platform. But she was also grateful to her support team, who told her, ‘Girl, that job is yours”. She names her mother and stepdad among her cheerleaders, and still laughs at her mother’s reaction when she heard that she got the job. “My mom was like, ‘Yes girl!’”

Maurice Hamilton, CEO of The SMC Group, said in a release that there was no doubt that Gordon was the perfect fit for the role.

“We were completely blown away by Kadie’s energy, ambition and talent, and knew right away that she is the type of talent that has global potential. As the host of our new digital series, she will, for the next year, be in front of marketers and other industry players from across the world, which will take her a step closer to accomplishing her dreams,” he said.

Gordon is currently in production mode and has been diligently researching brands as she prepares to “go on set and get behind the minds of the marketers”.

“This opportunity is an absolute dream, as I will be diving into major marketing campaigns from all across the world, while working with one of the best entertainment brand strategy companies there is.”

Currently operating in 16 markets on five continents, The SMC Group is a global entertainment procurement agency that assists brands in developing activation strategies centred around music and talent-based assets.

Students specialising in music production at the Edna Manley College of the Visual and Performing Arts now have the opportunity to further hone their skills and create musical content for global advertising campaigns through an apprenticeship programme, which is part of a partnership with the group, that will see the company hiring five graduates per year.