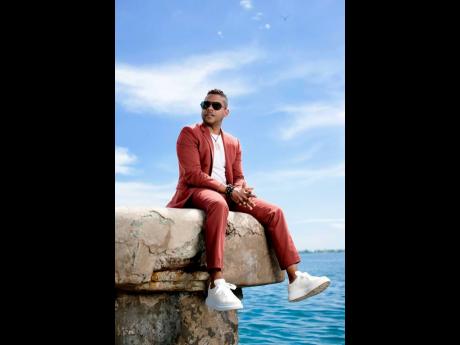 School mottos must surely rank in the top 10 most unifying forces ever, just ask any Kingston College or St George’s College student, whether old or new. And, it is with a full understanding of this assignment that Peter Henry has formed One House Records, which is releasing its début rhythm project.

The motto for his alma mater, St George’s, is Ad Majorem Dei Gloriam (For the Greater Glory of God) and the rhythm is named Greater Glory.

Henry, a pilot who has been working in the airline industry since 2010, has been involved with music on various levels. But when the pandemic hit he found himself with some downtime and he used it to step boldly into the world of music as executive producer, producer and – believe it or not – an artiste. His artiste moniker is Pete Starr and he is really serious about it.

Listening to Henry, it is easy to believe that his motive is largely altruistic.

“Music had always been a passion from I was living in Jamaica. I had been deejaying/selecting in college and virtually during COVID. I had reconnected with some old boys from George’s, many of whom were artistes, but they had never really got the break they deserved. So I got this idea to create a reggae rhythm and give them an opportunity to voice and hopefully make some money out of the business,” he told The Gleaner.

The plan was to set everything up formally as a business. He pitched the idea to artistes including Cezar, Mikey General and Steppa and they gave it their seal of approval. He linked with Adrian Locke of Lockecity and Lynford ‘Fatta’ Marshall, and soon Greater Glory was a reality.

Greater Glory has the distinction of being the first production to be done in Jamaica that can be defined as “a full-blown St George’s College sizzling reggae album”. Henry and his friends are ecstatic.

“I later learned that Robbie Lyn, who played the keyboard on the rhythm, is also a George’s old boy. The rhythm has actually been in the making since 2019 and Dalton Browne also played on it before he passed,” he shared.

Despite being based in the US, Henry made sure to be intimate with every step of the process.

“I am serious about this project and am giving it my full hundred. It is not my career, per se, and I could say, ‘I am doing this for these guys’ and just call up somebody to oversee everything, but I am actually hands-on. I listened to it and made my input. And I also sing on it,” he added with relish.

As for the singing part, it wasn’t planned, it just sort of happened.

“One of my friends suggested it. I used to sing in high school and my friends say that I was always singing. Well, my father passed away in 2019 and I decided to do a tribute to him because there are not that many songs out there for fathers. I did it with an international feel in standard English,” he noted.

Henry, who possesses what he says is “more than 20 years of deep-rooted passion and experience in music and the reggae industry”, officially released the project last Wednesday at a small, all-protocols-observed function.

“I feel elated that this journey is finally happening. It’s all positive music, and that was another big criterion for me. I never saw myself as a producer or artiste but it’s good to see it manifest. I am excited to share this with the world and hope they will embrace it,” he stated.