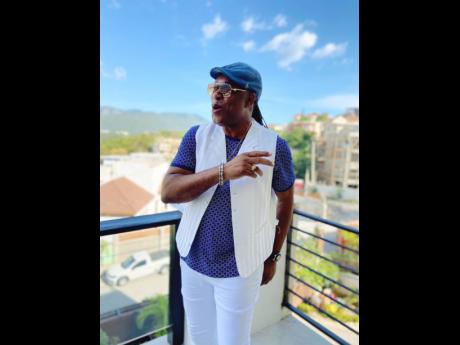 Veteran singer and producer Anthony Red Rose is always observing the changes in the local musical landscape. While he embraces evolution, the seeming decline in music from singers concerned him, which sparked his upcoming album, Singer’s Anthem.

The project, produced by Red Rose for Raggedy Joe Music, is slated for release on October 29 and features 12 singers, including himself.

“We’re not getting enough of some singing songs in the business, we’re getting more deejay and foul lyrics – the thing is just different,” Red Rose told The Sunday Gleaner. “We nav nuh nice music yuh can play inna yuh house ‘mongst yuh kids. Nuh family music nah mek so me think about it and seh it’s better me mek an album like that with some singers and put it out inna the marketplace because there must be people who want to hear good music.”

“The project tek mi about two years to really get what I want and I wanna send props to Sly Dunbar for helping me with the project and Dean Fraser and Wrong Move, because dem leaving out the musicians out of the music and a dem lay down the foundation and without the foundation we cya work, so we haffi really give props to the musicians,” Red Rose said.

He added that he is already receiving commendation for the album and is confident there is be a track for everybody.

As for his expectations, “I just put it out there, and all I have to say is it’s only the good can conquer the bad and prevail, so I put it out there for good people to listen and the bad people too, everybody. My hope is to get it inna di real marketplace and see where it can go from there.”

Red Rose has been using his social media to bring awareness to the album and said promoting the work hasn’t been a challenge, despite the varied restrictions of the pandemic.

“The Internet is right there at your fingertips, so the promotion is kinda easier because you press one button, and it reach everywhere inna the world,” he said. “A nuh like one time when we haffi press the 45 and it tek a while fi reach a England and other places. It’s easier whether in a pandemic or not. You just have to know the strategies and what to do.”

Since starting his music career in the 1980s, Red Rose has curated a timeless catalogue both as an artiste and producer. Among his production credits are Terry Linen’s Couldn’t Be The Girl For Me and Storm is Over. His own hits include Under Mi Fat Thing, Tempo and Worries Again.