Nesbeth’s optimism is an example for the industry, world 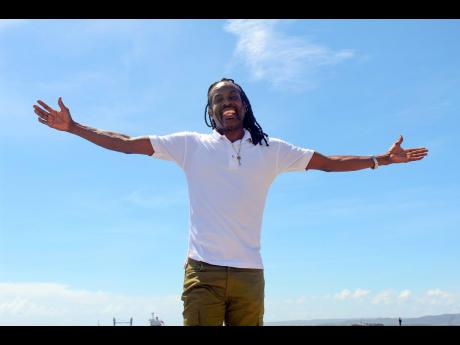 Stephanie Lyew
Nesbeth latest single, 'Life Over Everything', produced by Crawba Genius, released last Friday, suggests that people should not dwell on the negatives, but instead, give thanks. 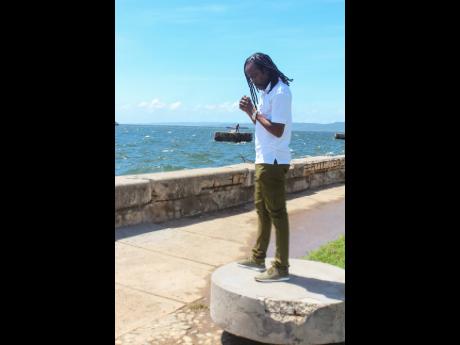 Stephanie Lyew
'It is hard to choose three things I am thankful for,' Nesbeth shared in an interview.
1
2

Against the backdrop of losing loved ones, reggae-dancehall entertainer Nesbeth has continued to make music rich with positivity for over a decade.

“I am always that type of person to be thankful for whatever I am blessed with. I really think if most of us just give thanks for being in existence, it would be a better world. I believe I am a public figure; people look [up to], and if I can demonstrate that optimism in my music or otherwise, a person must hear or see the importance of giving thanks,” Nesbeth told The Sunday Gleaner.

He added, “It is hard to choose three things I am thankful for… maybe 30 to 300… . First, I have to give thanks to the Most High for life and, by extension, the life of my children, loyal fans and the hard-working team I have. I give thanks for health, strength and wisdom.”

This year makes five years since the artiste and songwriter lost his wife and sister, and August 2021 marked the second commemoration of the death of his younger brother. As a father of five children, who year after year witnessed the death of relatives to illness, he says that his obligation to them is to offer a picture that the world produces good while living in times riddled with evil.

“I am happy to have reached this far in a crime-infested country and with COVID-19 inoculated into our whole living spaces. I wouldn’t say I am lucky, but I am here because I am supposed to be here. I can’t be on life’s journey and not giving thanks,” even when all seems to be going downhill, explains the entertainer.

Speaking about the headlines focused on crime and violence, he said, “it makes me uncomfortable” to hear and read all that is going on. But unlike some individuals who may criticise and blame the ills on the Government and the justice system, Nesbeth shared that the entire country needs to reflect and play a part.

“You to put in the 'put in' and take out the 'take out' … . What I mean is, we all need to stop for a moment and look at what we are doing. It’s not the time to sit down and hope and pray for better to come. Prayer without faith is nothing at all, so I still have to make my relevant contribution. I won’t sit here and bash or single out any individual because if my country loses, I lose,” he said. “As for the relevant authorities, I wouldn’t encourage them to do the same thing, the same way — step outside the box and see what is making the lives of people uncomfortable. We can’t continue doing what we [are] doing and expect [better] results. I encourage everyone to play their individual roles, and together we can be a better nation, maybe not overnight, but if we start putting in the work, we will see it, or our grandchildren will see it.”

Nesbeth touches on familiar, heartfelt subjects and themes in his music, but operates in a completely unique way. It is very layered — often exploring the ambitions of someone coming from humble beginnings. For instance, his 2017 single Success Story and 2015 hit My Dream have become fan favourites endorsed in many arenas.

His latest single, Life Over Everything, produced by Crawba Genius, released last Friday, suggests that people should not dwell on the negatives, but instead, give thanks. In the music video, he is seen meditating and doing a sequence of exercises at the Kingston’s waterfront on a sunny day, and as Nesbeth gazes towards the horizon, he does a few stretches then soon after gets into keep-ups, looking like a professional baller.

“I can be described as a fitness Caesar,” says Nesbeth, who shares that scenes of him exercising was intentional. “It’s not just a routine for me; it’s a lifestyle and, with my career, very important for strength and energy.”

It could be the social and cultural communities of Arnett Gardens and Trench Town that instilled a passion for football, he said, but the sport plays a significant role in his own regimen, “keeping it in my life, even when I did not take it to the professional level. But as an entertainer, I get involved in the celebrity matches or just as a social game”.

His first and only album, A. m .e.n., may have been released three years ago, but he is not rushing to compose a new set of songs in an effort to compete with the compilations circulating the music industry locally and internationally.

“Every song I do represents a part of me; Life Over Everything has its purpose. I could not say I prefer my left eye from my right eye, so personally, I don’t like to make comparisons of each project; it would be like showing preference amongst my children or expecting more of one than the other. Each have their different potential,” he said, noting that Life Over Everything will go places, “but it doesn’t have to do it today or tomorrow; it just has to stand the test of time”.

It hasn’t dawned on the Who Can Stop Me artiste that he will be 50 years old in two years, having celebrated his 48th birthday on October 2. But he is not one to give much attention to getting older. Instead, he challenges himself to become a better and fitter version of who he is each day.

“I don’t watch age. I have so much to do, and I am more thinking [about] what I have to do. I think I would have wasted my life without making a meaningful contribution to life, not just Jamaica, but the world. It really and truly puts a smile on my heart when I see other artistes opening doors I aspire to open. Different times produce different names, but the good thing is when I see our music in different parts of the world, promoted by persons that speak different languages. I have learnt to appreciate even the smallest impression my music makes. My journey is unpredictable, but greatness is always in the making, and I don’t want to trod this earth thinking I have not made positive contributions,” Nesbeth said.