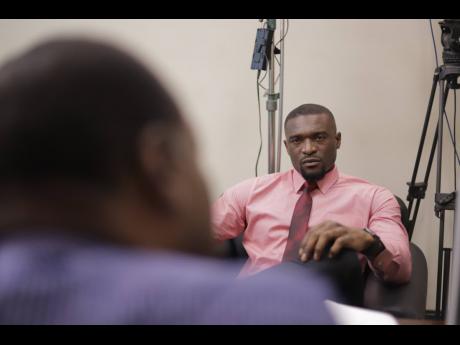 Contributed
Nigerian actor, Kenneth Okolie, who viewers love from his work on Netflix and Nollywood films was a hit in Season 2 of ‘Thicker Than Water’. 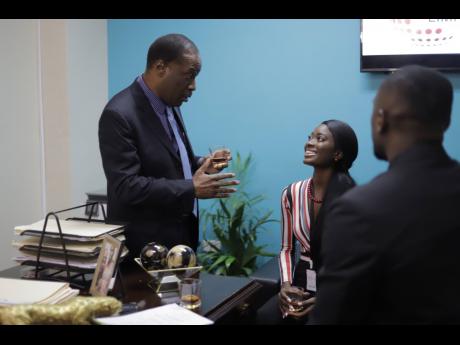 Contributed
John Chambers (left) and Shantol Jackson in a scene from ‘Thicker Than Water.’ 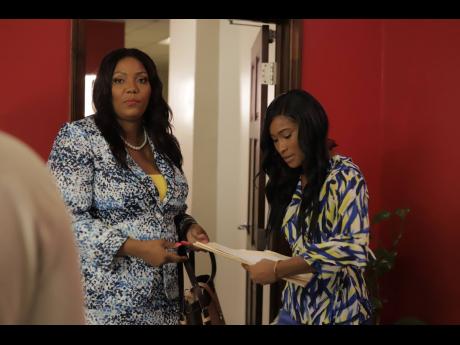 Contributed
Dahlia Harris (left) promises that viewers will be shocked at this week’s ending of the corporate drama, ‘Thicker Than Water.’ Here she is seen with actress, Juett Carty.
1
2
3

Season two of the intriguing corporate drama, Thicker Than Water, comes to its exciting conclusion this Saturday with viewers anxious to find out who will remain standing at GlobeComm Communications.

Aired weekly on TVJ since its premiere on August 14, the series examines the dynamics of the corporate world especially its power struggles and relationships. Showrunner Dahlia Harris says this season delivered beyond expectation.

“The first season was six episodes, six characters, filmed in-studio. That was seven years ago. The challenge was, therefore, to bring those characters to life, while injecting new faces to make the storyline relevant to what’s happening in society today. The show’s signature has always been unpredictability. How will the plot twist next? Heading into this week’s finale I can tell you, viewers have no idea what’s coming. They’ll be absolutely shocked at where it ends up,” Harris teased.

Thicker Than Water 2 is a joint production between DMH Productions and TVJ Homegrown & Content Monetisation Unit, and is part of an ongoing partnership to provide quality local content. This season featured Nigerian ‘A’ list actor, Kenneth Okolie, a move Harris says paid off well.

“The viewers love him from his work on Netflix and Nollywood films and so we knew expectations were going to be high. Kenneth didn’t disappoint. He approached this with the same level of professionalism he would to any big-budget project and was willing to offer advice and expertise to ensure we delivered a great season. Our local actors also rose to the occasion. The characters came to life every single week and I’m so proud of what they delivered,” she declared.

The marathon kicks off tonight, Monday October 25, and runs all week until Friday October 29 at 9:30 p.m. on TVJ and 1spotmedia. Viewers are in for a special treat for the final episode. Instead of the regular 30 minutes, they will have a full hour.