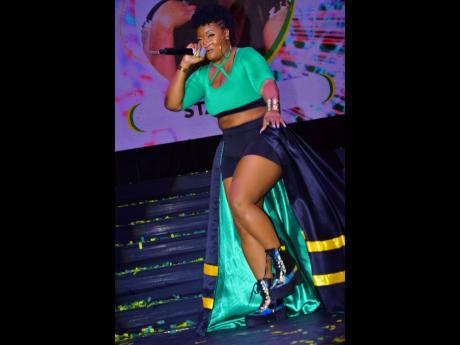 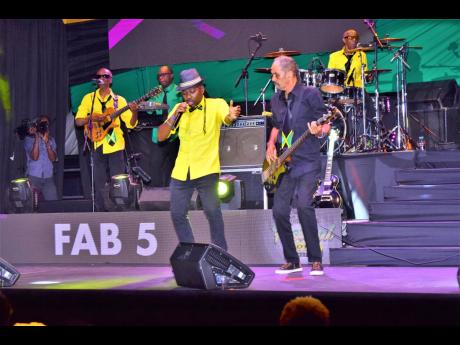 File
Fab 5, one of the finalists in the 2021 Jamaica FEFstival SOng COmpetition.
1
2

The Minister of Culture, Gender, Entertainment and Sport, Olivia Grange, is hailing as “great news” the revelation that the album, Various Artistes – Jamaica Festival 2021 Song Competition, featuring the 12 finalists in this year’s competition, is on the long list of entries for a Grammy award.

Minister Grange said: “That means that the Jamaica Festival Song Album is being considered among the entries for the Best Reggae Album Grammy award. That is just great news.”

The long list of entries is now being reviewed by eligible voting members of the Recording Academy whose votes will determine the final five nominees in the Reggae category.

The first round of voting is taking place between October 22 and November 5 ahead of the announcement of the nominees.

Minister Grange is optimistic. “It is a great album with great Jamaican music, and the fact that it is being considered for a Grammy Award is very encouraging. It’s very good for the country, and especially for the young, upcoming artistes and those established artistes who are on the album. It’s great for the Festival movement.”

The album is available for streaming and download on more than 30 digital music platforms across the world, including Apple Music, Amazon Music, Deezer and Spotify.