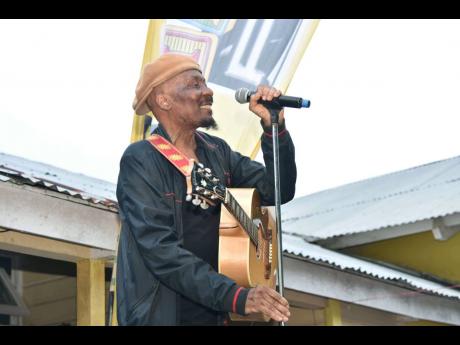 You Can Get it If You Really Want, a rocksteady song that was released in 1970 by reggae singer Jimmy Cliff, is now being used in a brand new E*TRADE TV commercial, Everest Fund, which premiered nationally in the USA on mainstream TV stations.

The E*TRADE commercial chronicles the journey of a woman who sets her life goal to climb Mt Everest and then dedicates herself to training and saving for it.

You Can Get It If You Really Want was famously featured on the soundtrack of the 1972 film, The Harder They Come. It was Cliff’s career defining role as reggae singer, Ivan Martin, in this cult classic that first gave him international acclaim.

The song was also used in the album, Sebastian from The Little Mermaid, and featured in the 1997 romance/action film, Speed 2: Cruise Control. It was again used in 2005 in the Will Smith film, Hitch, and the 2012 animation film, The Pirates! Band of Misfits, with Hugh Grant.

The reggae icon who hails from Somerton, St James, has an impressive fan base in Africa, Brazil, Europe and here in the USA where he is best known for songs like Sitting in Limbo, You Can Get It If You Really Want, Wild World, I Can See Clearly Now and Many Rivers to Cross.

In 2010, Cliff joined Bob Marley as the only two Jamaican reggae acts to be inducted in the Rock & Roll Hall of Fame at a ceremony that was held at the Waldorf Astoria in New York.