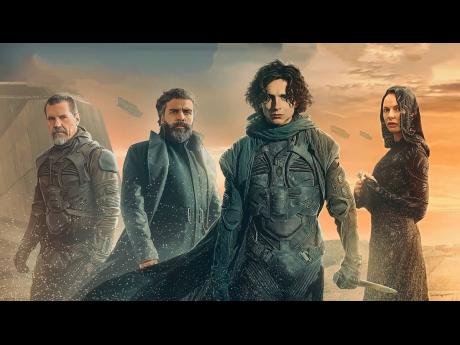 Conributed
A gifted young man must face danger to save the future and his people.

Despite the existing 1984 film adaptation, Dune is a project that has long been deemed unfilmable. While the audience for the classic sci-fi story is vocal, it’s not exactly sizable. Several attempts have been made but the fact is, a mature, ponderous and thoughtful science fiction film is a tricky thing to get right, especially since the genre is typically tongue in cheek, and the best attempts at taking it seriously are met with apathy by the general public, regardless of quality.

A serious treatment of Dune was a pipe dream destined to never see the light of day. That is, of course, until director Denis Villenueve, one of the most impressive contemporary directors, took the helm. Despite the cards being stacked against him, Villenueve has managed to deliver an astoundingly well-crafted film, one that’s packed with enough material to keep your interest on your first, fifth, or 40th viewing.

Dune is a film that demands your attention and holds you hostage, even if it seemingly has nothing going on. As Timothy Chalamet’s Paul Atreides learns what’s expected of him as the heir to the Atreides house, the audience is fed morsels of the world that is Dune. The story is exceedingly rich, almost to the point of overwhelming. Dune can be hard to keep track of, especially in the beginning, but it never loses its momentum.

Putting together the pieces is simple enough given the incredible cast. The performances make Dune feel appropriately antiquated, with each character feeling like they carry with them a century of history. That history plays into the central conflict of the film as the world as it exists is forced into tremendous change. As Dune tells its story of forging a new future, the key moments of tension are painfully resonant.

While the sheer level of detail can feel like a challenge to the viewer, it’s one that’s incredibly rewarding when met. The film manages to execute its more sombre and intimate moments, while demonstrating a devotion to scale.

Dune has some of the most impressive visuals ever put to film, and evokes moments of genuine awe. Science fiction may get its biggest payday from flashing lights and ironic detachment, but Dune takes the genre to an entirely new level.

Damian Levy is a reviewer and podcaster for Damian Michael Movies.