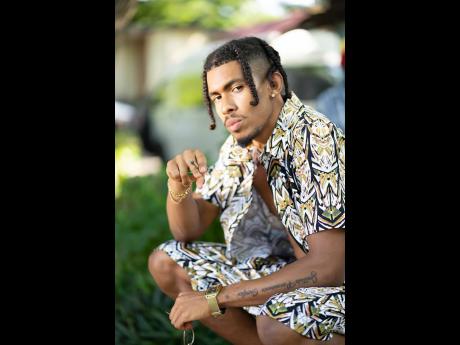 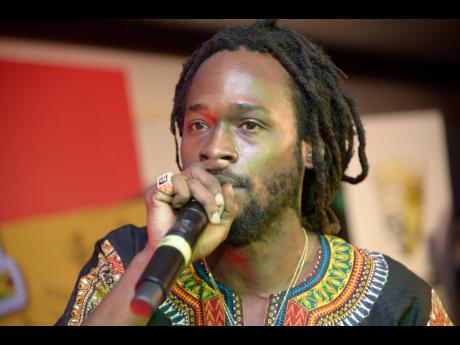 There’s an otherworldly trance about The Weed Song by Zac Jone$ and Jesse Royal. Consider it an auditory cannabis paradise where producer Iotosh’s pulsating drums and hypnotic flute are the doormen who grant you access, Jone$’s chill and low register make you feel at home, and Royal is the cannabis connoisseur (JACANA-approved) who passes through just when you think the experience can’t get any better.

The actual visuals, directed by Jesse Suchomel, go for distorted camera techniques, vibrant green colour-grading and whimsical transitions that complement how much so “weed mek mi feel good” as Jone$ sings. The project has attracted more than 80,000 YouTube streams since its premiere last Friday, but Jone$ isn’t preoccupied with views.

“I’m just enjoying the ride of everybody really loving this song,” he told The Gleaner. “People have been saying the video is like nothing they’ve ever seen and the song is in that same realm except on the audio version. I feel like a lot of times people interpret the indica vibe of weed so a weed song is very chill, but I’m very proud of this one because it mixes that chill side with deep instrumentation but it’s also on the sativa side of weed where it’s energising and fun.”

Jone$ shared that he had his first experience smoking the herb in his teens where he fell asleep in his friend’s garden after smoking a water bong. Though he said he’d never smoke it again following the experience, marijuana has proven to be a calming confidant in rough times which inspired the song.

“I wrote this song last April when I was busy doing a lot of things outside of music and I remember feeling really overwhelmed,” he said. “Every night after work I’d sit outside in my garden and smoke and I’d feel good in that moment; like that was my escape. One of those nights I just wanted to put that feeling into a song. I pulled up the beat from Io (Iotosh) and it all came together right there.”

He wanted a feature but waited a few months until he found the right fit. Royal became involved after a postponed studio session brought them together to listen to his then unreleased Royal album. He heard The Weed Song, loved the joint, and started writing his part on the spot.

“It’s a great song, it’s a big song, it’s my favourite song to date and it’s really fun,” Jone$ said. “My hope is that it finds all the loving weed smokers it can. I feel like that market is big enough all over the world to really put it where it’s supposed to be. I know it’s a hit song but it’s really about it finding its home within the people that it belongs to. I never want to force it on people who don’t want to hear it or don’t like it. I just hope it finds the ears of people who need to hear it because at the end of the day I make my music because it helps me, so my hope is that it helps other people.”

The Weed Song will form part of his Man a Yard EP which will also include previously released tracks Lonely and Miss Jamaica (featuring Agent Sasco). The EP’s title represents the nickname given to Jone$ by his grandfather, who passed away in July.

“My grandpa is like my biggest inspiration; he’s that guy who takes care of his family so I had always looked up to him,” he shared. “I guess it (the EP) was always an ode to him, and now that he’s gone it is even more so an ode to him and an ode to what that name means. People always think about ‘man a yard’ as someone who runs the household, but there’s also a responsibility to it and I feel like I’ve lived my whole life in that, being the eldest of my siblings, and just everything else that comes in life.”

Man A Yard is slated for release next year.