Confident Daena ready for any challenge 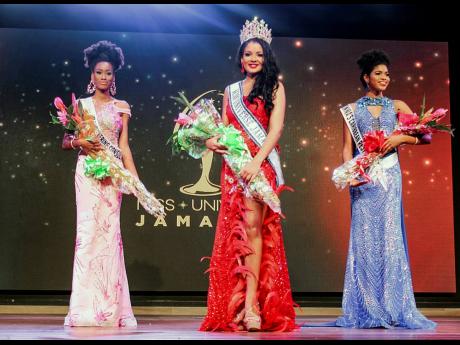 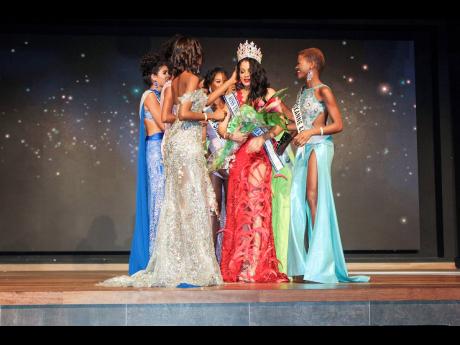 Stephanie Lyew
The finalists showing the new Miss Universe Jamaica 2021 Daena Soares their love and support as she tries to hold back the tears. 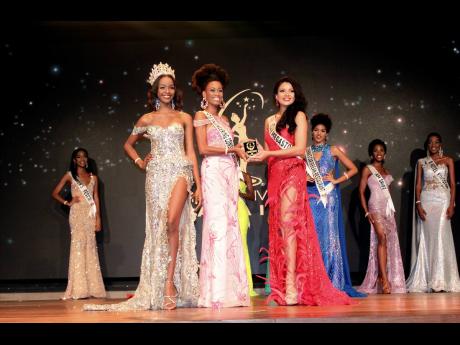 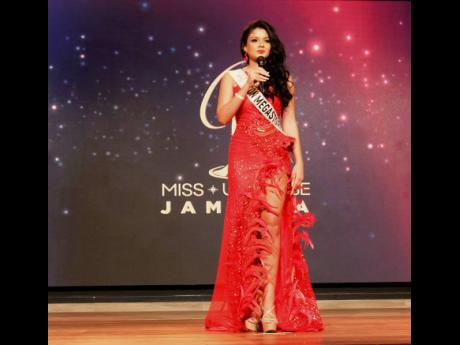 Daena Soares of the Junction community in St Elizabeth is Jamaica’s new representative to the 70th Miss Universe pageant, which is scheduled to take place in Israel on December 12.

The 22-year-old, who wore the sash Miss Icon Megastore, was crowned as Miss Universe Jamaica, besting over nine other candidates at Saturday night’s coronation at RIU Montego Bay. The announcement came just after 10 p.m. on Saturday, when she claimed the title.

Described as an extremely driven intellectual and amazing speaker by organisers, Soares has only three weeks to prepare for the main Miss Universe stage.

“We have some work to do and we are going to put that work in to send her off to Israel in three weeks. Her training continues. We have observed that Daena is a determined young lady; she came in with a few challenges, most of them emotional, and at one point, she, too, was second-guessing if this was the right year for her. However, she stuck through and worked very hard. She speaks eloquently, but there are still some voice and speech classes we have to do in preparation for Israel, and she is also going to hit the gym,”co-director of the Miss Universe Jamaica organisation, Karl Williams, told The Gleaner.

Her victory is being celebrated by her sponsor, Icon Megastore.

“I can say we are overjoyed, and the team at Icon Megastore has been confident that Daena would be Miss Universe Jamaica. She will make Jamaica proud,” said the Westmoreland business executive Moses Chybar.

Following the victory, Soares donned the ‘Glistening Waters’ crown, which she received from Miss Universe Jamaica 2020 Miqueal-Symone Williams. A few tears rolled down her cheeks from being in a state of shock, which, in her interview following the coronation, Soares said was unexpected.

She revealed her true emotions to The Gleaner, sharing that “This is definitely not rehearsed. I have been watching pageants for so long and I always imagined how I would be. I really didn’t expect to cry or to be shocked, but I found each time I was being announced from top five then top three I became so overwhelmed as I identified with the Kaci Fennells and the Davina Bennetts of the world. It felt amazing.”

The beauty, who measures five feet, eight inches, wowed the audience which converged in RIU Montego Bay’s concert hall through rounds of swimsuit struts, choreography, and in the question-and-answer on social issues. She appeared poised and enthusiastic.

“I believe remaining calm and confident is important in my duties. I have to be able to relate to so many groups of people, and those are good qualities to have in order to do so,” Soares said, insisting that while maintaining that character ,she will also continue to express humility.

“Creating and executing a pageant in the pandemic is a remarkable feat. There are so many curveballs and hurdles to jump over. It has been tough, not in a way that is not encouraging, being able to stand in the face of adversity and smile is an amazing strategy going into Miss Universe itself. So, even though it has been tough for me, in ways maybe no other contestant experienced, it has provided me with enough, including the diverse set of skills that are important going to Israel in December. I want to say a big thanks to the organisation,” she continued.

Soares says though she will only spend three days in Israel, she is hoping to see the Dead Sea, named one of Earth’s most intriguing natural phenomena.

“I’m excited to see scenery and experience the culture, and the Miss Universe pageant has given me this great opportunity to go to Israel. I know the stage will be nothing close to this, as we are competing with tens of girls and their countries, but I am ready. I think remaining true to myself, remembering why I entered and who I am at my core, is going to play a major role. I don’t want to get lost along the way, and I truly want to represent brand Jamaica, because this is Jamaica’s sash. We have so much to offer in so many fields and industries that I know I can bring to the forefront,” Soares said.